Amputee's on a mission to help others walk again 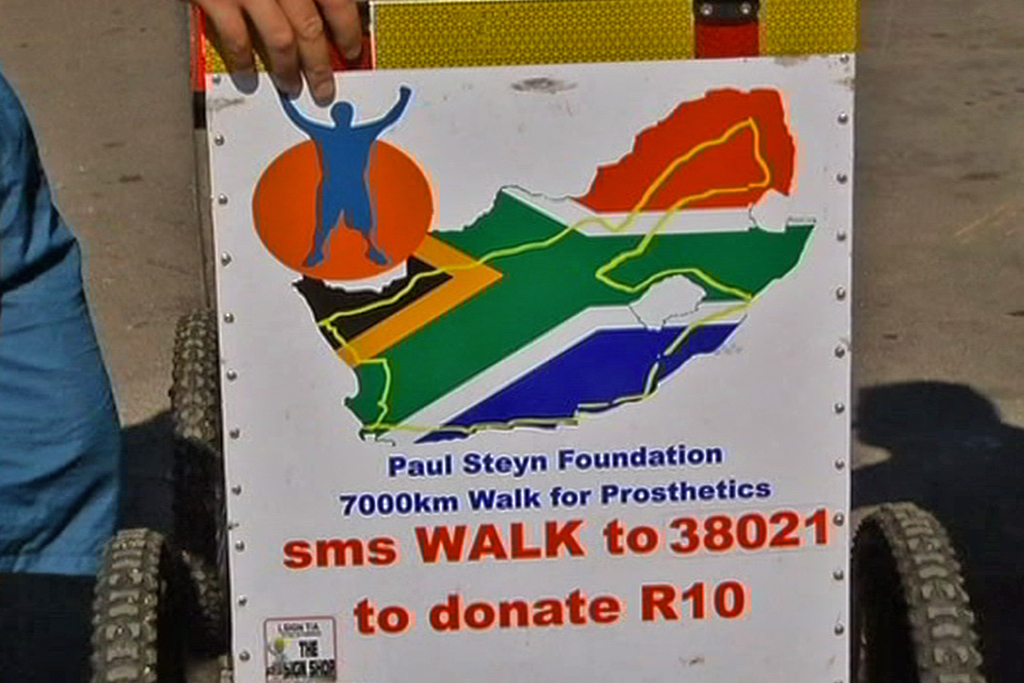 A young man is walking halfway across South Africa, to raise money for people who need prosthetic limbs. Paul Steyn left Cape Town nearly a year ago, and aims to return to the Mother City in October.

CAPE TOWN – A young amputee is walking across South Africa to raise money for people who need prosthetic limbs.

Paul Steyn left Cape Town nearly a year ago and aims to return to the Mother City by October.

The determined walker has already covered thousands of kilometres – and he’s doing it all on artificial limbs.

Gauteng is the seventh province Paul Steyn is visiting. He’ll wrap up his hike in the North West and Northern Cape.

Steyn has already walked 4,300km of a planned 7,000km journey to raise money for people who can’t afford prostheses.

“After my studies and everything, I decided… (to start) the Paul Steyn Foundation and I started with small projects just to test myself. And from my first project to now, I walked about 9,000km,” Steyn explained.

Marius Landman, an amputee, said: “It was difficult for us to get the funds, but if it wasn’t for Paul my dream won’t come true to walk again. I would have still been on my crutches or in a wheelchair.”

Elizabeth Kekana, another of his beneficiaries, said: “I’m fortunate, very fortunate, because other people are using wheelchairs probably for the rest of their lives. But myself, I can walk. Moving from a to b is something other people cannot do.”

Most recently, the foundation helped Xolani Luvumo, who was homeless until a month ago.
He lost his leg to cancer.

For info, visit www.paulsteynfoundation.org.za or or SMS "WALK" to 38021 to donate R10 to the cause.
– Gerhard Pretorius