Anti-fur activists bare all in Barcelona 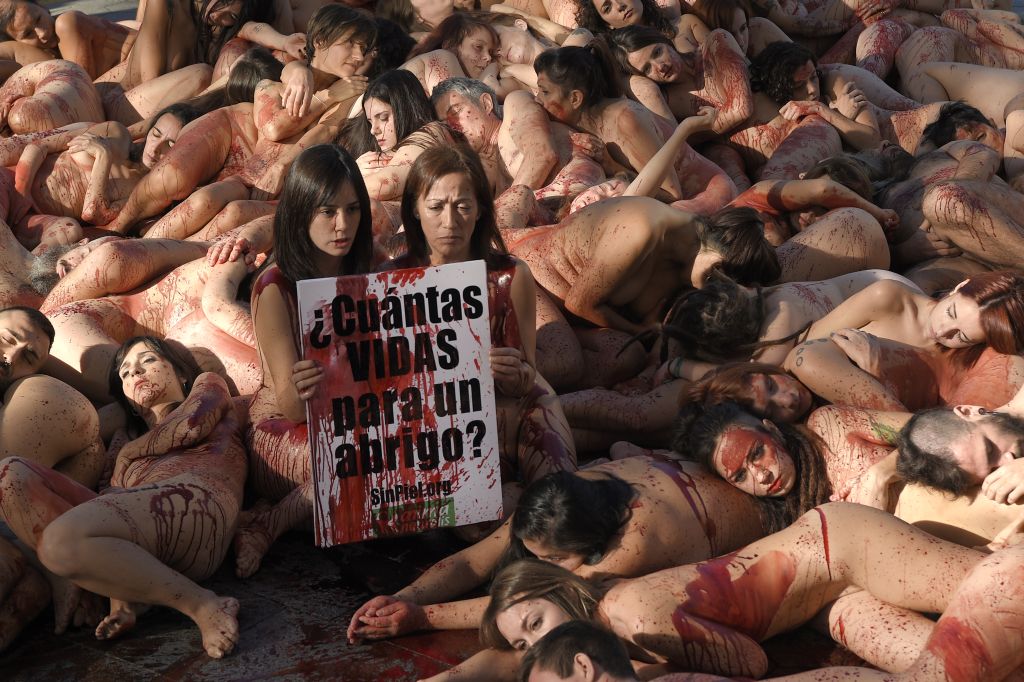 A naked activist of the animal-rights group "AnimaNaturalis" covered with fake blood holds a placard reading "How many lives for a coat" during a protest to denounce the use of animal skins, in Barcelona on December 11, 2016.

BARCELONA, Spain - Animal rights defenders stripped down Sunday in the Spanish tourist hub of Barcelona to draw attention to the cruelty of the fur industry.

Dozens of activists, naked, doused in fake blood and piled together in imitation of a heap of animal carcasses, staged a lie-in in the centre of town.

"How many lives just for a coat?" read a sign in English held up by Luisa Escribano, 53, and her daughter Barbara, 21, in the middle of the protesters.

"It is very important to draw attention to what happens to the animals, and which goes largely unnoticed. They suffer and die on farms, but their lives matter for me and my family," said Luisa.

Each year over 60 million animals -- including over 32 million in the European Union -- are killed around the world to make coats and other items from their skin, according to international animal rights group AnimaNaturalis which staged the demonstration

Europe produces 70 percent of the world's mink fur and 63 percent of its fox fur, according to the group.

Denmark and Finland are the world's largest producers and exporters of mink and fox fur. Other major producers are Russia, Canada, Sweden and the Netherlands.