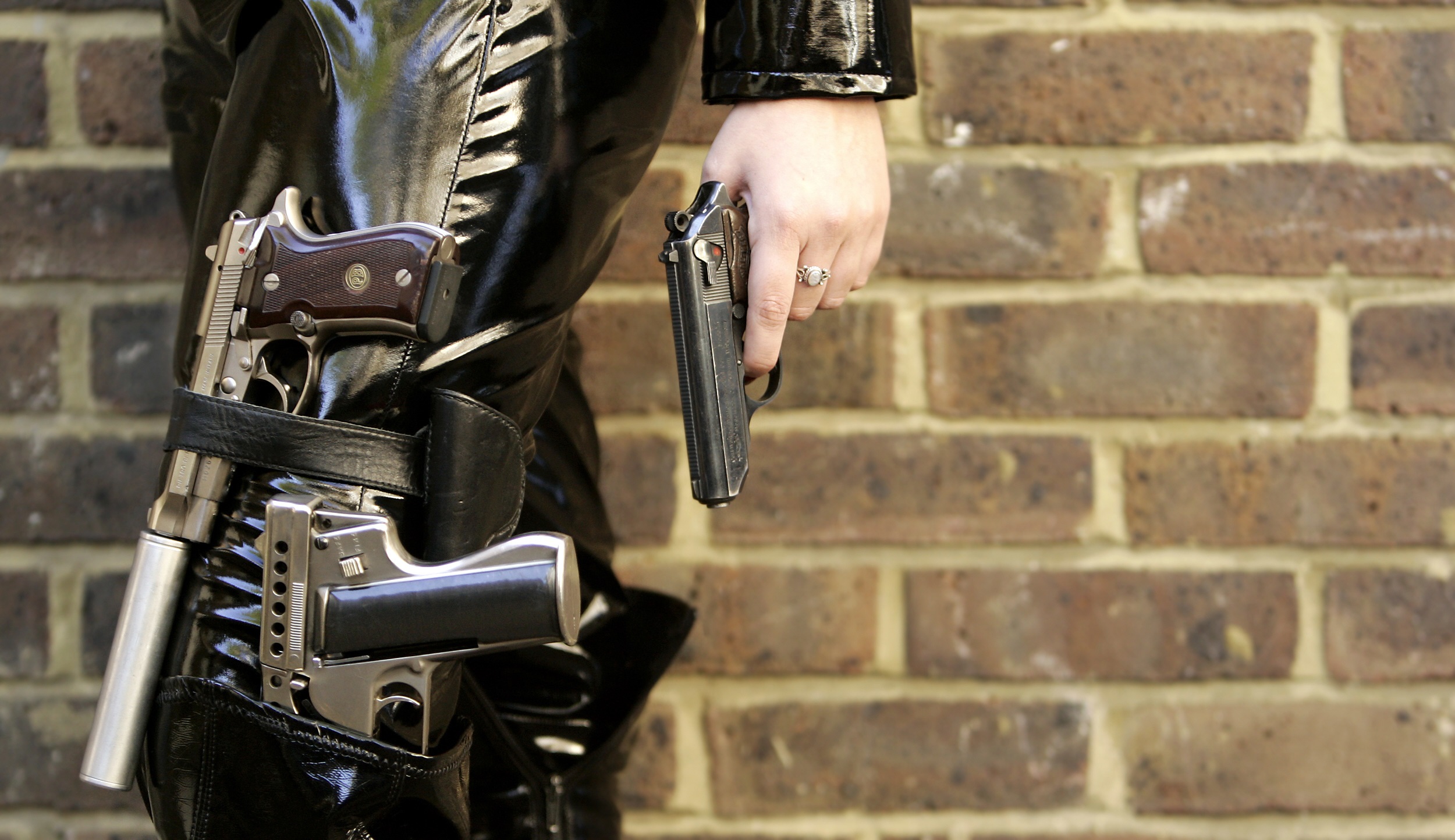 An auction house employee poses with a Beretta Cheetah (L) used by actress Halle Berry in the James Bond 007 film "Die Another Day". The gun was stolen during a burglary.

LONDON - Police launched a fresh appeal for witnesses after five guns used as props in James Bond films were stolen during a burglary in a London suburb.

One of the deactivated firearms -- a yellow-handed Llama pistol featured in 007 movie "Die Another Day" -- was recovered in a field in the days after the theft from a house in Enfield.

But the other four remain missing, including the Walther PPK used by Roger Moore in a "View to a Kill" as he pursues Grace Jones up the Eiffel Tower before she jumps off with a parachute.

London's Metropolitan Police issued new security camera footage showing a vehicle parked near the scene of the crime, apparently on reconnaissance, and urged any witnesses to come forward.

"In scenes reminiscent of a James Bond movie you can even see the flash of a camera from the occupant engaged in the surveillance," Detective Inspector Paul Ridley said in a statement.

"I believe these individuals were involved in the crime, it was only a matter of minutes prior to the raid."

He said the firearms were "very distinctive" and the owner was "devastated" at their loss, particularly as they were due to be showcased as part of a national exhibition.

Another gun stolen was the Revolver Smith and Weston 44 Magnum with wood grips featured in "Live and Let Die" -- the only one in the world where the whole gun is finished in chrome.

Also stolen were the Beretta "Cheetah" and "Tomcat" pistols used by Halle Berry in "Die Another Day".