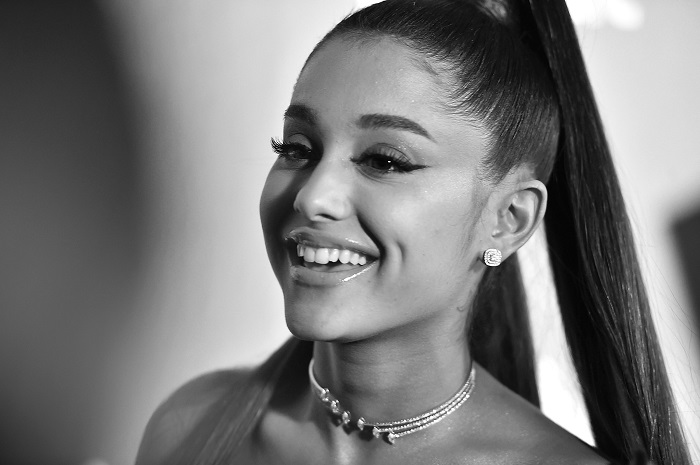 "A modern muse and the voice of a generation, Ariana has emerged as one of the most influential forces in pop culture today," Givenchy, which is owned by the luxury goods conglomerate LVMH, said in a statement.

"She naturally embodies the spirit of the Givenchy woman with impertinence, generosity and a lightning wit -- all cloaked in a touch of mystery."

The announcement came one day after the fashion brand teased the reveal, posting to social media a video clip with the silhouette of a woman quickly identified as Grande thanks to her signature high, extra-long ponytail.

"I am so proud to be the new face of Givenchy. It is a house I have forever admired, and to now be part of that family is such an honour," Grande said of her first campaign for a major luxury house.

"I love this clothing and the confidence and joy it brings to the people wearing it. Not only is the clothing timeless and beautiful, but I'm proud to work with a brand that makes people feel celebrated for who they are, and unapologetic about whatever they want to be."

The 26-year-old Grammy winner's Givenchy campaign is set for release in July.

In a new teaser published Friday, Givenchy portrays Grande as a modern-day Holly Golightly from the classic film "Breakfast at Tiffany's," dressing her in the character's iconic little black dress -- a Givenchy number -- worn by actress Audrey Hepburn.

Grande is the second pop idol to announce a collaboration with LVMH Friday, after Rihanna said she was teaming up with the French giant to launch her own luxury fashion brand in the spring -- making history by becoming the first black woman to head up a house for the firm.