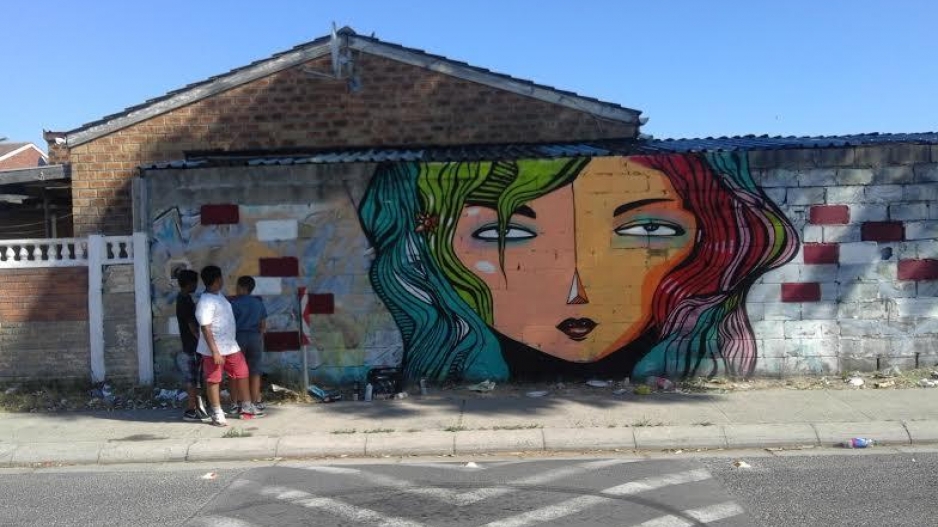 Visitors to downtown Cape Town on Sunday will see the creator of this work, Wayne BKS, at work in the street

CAPE TOWN – In a taste of what is to come in February at Cape Town’s newest art festival, two artists will on Sunday put on a live “performance”, making a 7m-wide work in downtown Cape Town.

Bringing art out of the hushed and hallowed spaces of galleries, Wayne BKS -- who goes by the aliases Conform and Skiet --and Mohamed “Mo” Hassan will make a piece of art on a large sheet of plastic stretched between two lampposts.

The illustrators and artists are also what is commonly known as graffiti artists and so are probably used to being criticised and misunderstood.

That will soon change, however, if the team at Baz Art, the NGO that is launching South Africa’s first International Public Art Festival (IPAF) next month, has its way. The NGO seeks to bring street art into the mainstream and to use it to improve lives.

In addition to IPAF, a festival dedicated to teaching, creating and showcasing street art, Baz Art is launching a variety of programmes, from art classes for children to beautifying neighbourhoods with large, well-maintained murals and helping entrepreneurs set up spin-off businesses such as food stalls, galleries or local tours.

The live graffiti painting will take place as part of Open Streets City Centre, for which Bree and Longmarket streets will be closed to motorised traffic for the day on Sunday. The Open Streets event is the latest in a series of street closures across Cape Town, from Langa to Bellville and Observatory to Mitchells Plain, designed to encourage residents to reclaim the streets as places to connect and commune.

The International Public Art Festival will be held from 10 to 20 February.