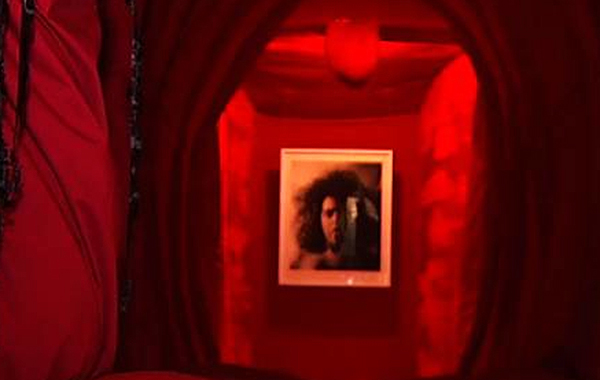 The artist of a larger-than-life velvet lined vagina artwork being displayed at Constitution Hill in Johannesburg has defended her work following criticism that it was offensive to Hindus.

CORRECTION:
The initial story we&39;d published suggested that feminists were outraged by the artist&39;s work. This is in fact untrue.  The artist made reference to feminists accusing her of objectification; however no mention was made in the article of who these feminists were. The initial headline “Feminists see red over vagina” was therefore misleading.  We regret the error.
This is an updated version of the story:

JOHANNESBURG – The artist of a larger-than-life velvet lined vagina artwork being displayed at Constitution Hill in Johannesburg has defended her work following criticism that it was offensive to Hindus.

The vagina artwork is on display as part of Women’s month.

Reshma Chhiba, the artist who created the piece says controversy was never her intention, but she has heard of some women being upset with the piece.

Religious circles in Durban, including the South African Hindu Maha Sabha, have publicly condemned the art work.  They take offence to the work being likened to goddess Kali.

This community has used social media to continue the debate. On Facebook Deepika Rampersad said she was “utterly shocked and disgusted,” by the work.  Kimmie NJoseph added that, “With all the abuse on women in this country the last thing we need is to showcase a vagina.

Not everyone understands the "kali" god, so it now becomes a joke.”

Chibba welcomes the mixed views. "It&39;s whatever you want it to be." Chhiba believes the dialogue is healthy.

"We are talking about this vagina revolting against this particular space, so in this space it&39;s working on more of a political level….Also, before you stepped in, you had to remove your shoes, so essentially it&39;s saying it&39;s a sacred space, you need to respect the vagina."

The artist says critics are misunderstanding the aim of her piece.

She said some women may believe there are more appropriate ways to promote their rights, but she commended the art’s freedom of expression.

“It’s defiance. Bringing the private into the public sphere and challenging the status quo.”

Fellow artist Jessica Webster is impressed by the piece.

“I&39;m not sure what the issue is. Is it offensive? Or having it displaced on a huge level? It&39;s done so aesthetically, it&39;s beautiful",” she says.

The installment is on show at the old women’s jail, and Webster believes its location is another poignant touch, observing “the womb like sense that&39;s she’s bringing in an otherwise oppressive atmosphere.”

Chibba added: “The feminists are saying I’m objectifying the vagina but most haven&39;t visited the site. I don&39;t think it&39;s about objectification, it&39;s about empowerment."