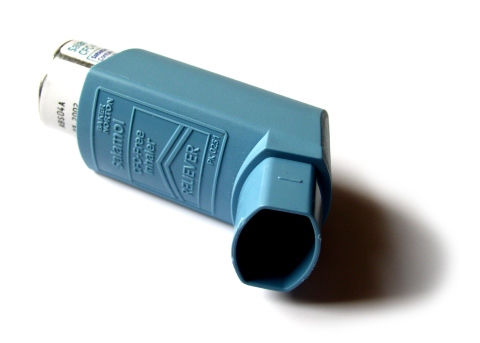 Findings show that a single genetic pathway may open the door to conditions such as asthma.

MIAMI – Living near sites that extract natural gas by hydraulic fracturing, also known as fracking, may increase the risk of asthma up to four times, a US study said Monday.

The findings, published in the Journal of the American Medical Association (JAMA) Internal Medicine, are based on research examining health records collected from 2005 to 2012 in the northeastern state of Pennsylvania.

The researchers found more than 35,000 asthma patients aged from five to 90.

Most asthma attacks they suffered, nearly 21,000 in all, were mild, requiring a corticosteroid prescription.

The researchers mapped where the patients lived, together with the location, size and number of natural gas operations, and compared them to asthma patients who suffered no attacks during the same year.

"Those who lived closer to a large number or bigger active natural gas wells were significantly more likely, 1.5 to four times more likely, to suffer asthma attacks," the study said.

The findings held up even when the researchers accounted for other factors that can exacerbate asthma, such as living near main roads, having a family history of asthma, and smoking, they said.

However, the study uncovered only an association between fracking and asthma, and did not prove any link or explain why asthma may be more common.

"Ours is the first to look at asthma but we now have several studies suggesting adverse health outcomes related to the drilling of unconventional natural gas wells," said lead researcher Sara Rasmussen of the Bloomberg School&39;s Department of Environmental Health Sciences at Johns Hopkins University.

"Going forward, we need to focus on the exact reasons why these things are happening because if we know why, we can help make the industry safer."

The growth of Pennsylvania&39;s fracking, with more than 6,000 wells developed in the past decade, has raised concerns about effects on air and water quality.

Asthma is a chronic disease that can be made worse by outdoor air pollution, stress and sleep disruption, all of which have been linked to unconventional natural gas development in previous studies.

The Marcellus Shale Coalition, an industry group, pointed to the researchers&39; failure to prove cause and effect, and asked why the study did not look at earlier years, before the rise in natural gas operations, for comparison.

"It&39;s also striking that the authors failed to provide comparative data from, say, eight years or so prior to shale development emerging in the region," said spokeswoman Erica Clayton Wright.

The study was funded by the National Institute of Environmental Health Sciences.

Senior author Brian Schwartz, a professor in the Department of Environmental Health Sciences at the Bloomberg School, disclosed that he is an unpaid fellow at the Post-Carbon Institute, a renewable energy think-tank.

However, he insisted that the JAMA study "is entirely independent of PCI and is not motivated, reviewed or funded" by the think-tank.

"We are concerned with the growing number of studies that have observed health effects associated with this industry," said Schwartz.

"We believe it is time to take a more cautious approach to well development with an eye on environmental and public health impacts."