Astronaut crew returns to Earth after six months on ISS 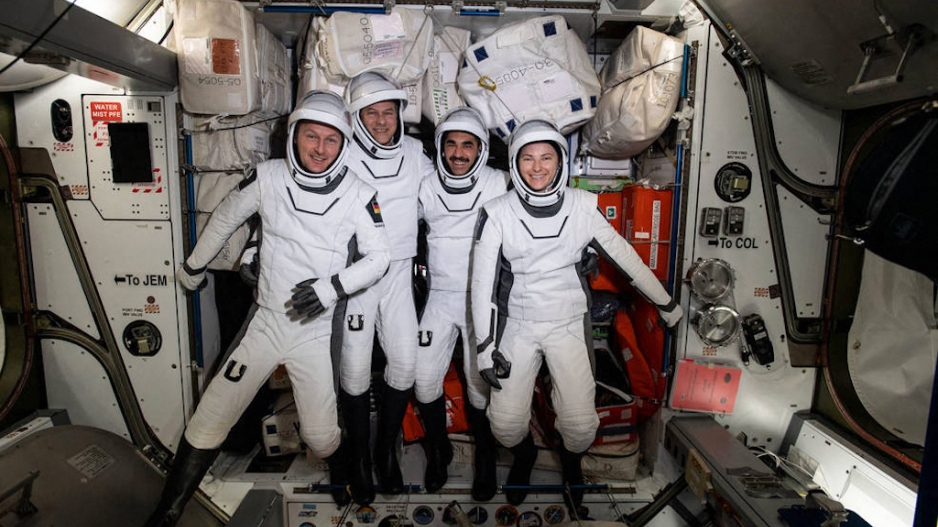 Their 23.5-hour journey back saw them splash down off the coast of Florida at 12:43am.

"On behalf of the entire SpaceX team, welcome home," a SpaceX official said to the crew moments after the capsule splashed down.

They left behind the one Italian and three American astronauts of Crew-4, and three Russian cosmonauts. Ahead of departure, Marshburn handed command of the station over to Russian Oleg Artemyev.

During their mission, Crew-3 carried out hundreds of scientific experiments, including growing chiles in space to add to knowledge of cultivating crops on long-term missions, exploring how concrete hardens in space, and Earth monitoring.

"Every day on @Space_Station is #EarthDay for @NASA_Astronauts since we see how thin the precious layer is that protects everything we know & love as a human race," Crew-3 commander Chari tweeted on Thursday.

"Hopefully, @NASA research will help w/ H20 purification & carbon dioxide reductions but the rest is up to us."

Chancellor Olaf Scholz wished Maurer, the 12th German in space, "a good and safe journey back with a soft landing," thanking him on Twitter Thursday for "all the new discoveries in space that are so important for us here on Earth."

They welcomed aboard a private crew that included three wealthy businessmen that came and went on another SpaceX Crew Dragon, as well as a Japanese mission that flew on a Soyuz aircraft to the Russian segment.

The ISS now awaits docking with an uncrewed Boeing Starliner capsule, which is set to launch from Florida on May 19.

NASA is looking to certify a second company to ferry astronauts to the region of space called Low Earth Orbit, leaving it to develop its super heavy space launch system (SLS) rocket for missions to the Moon, and eventually Mars.