Athletes head off on 1,235 km cycle for cancer 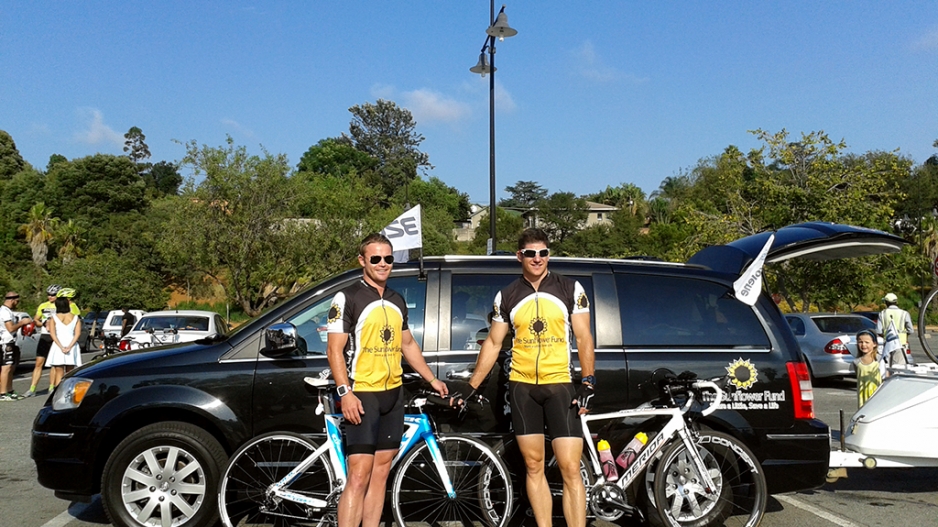 Athletes Ulrich Roux (left) and Clinton de Klerk (right) ahead of their cycle tour raising funds for the Sunflower fund. The pair are cycling 1235 kms from Johannesburg to Port Elizabeth. 21 March 2015

JOHANNESBURG - On Saturday morning, a group of cyclists departed from Brightwater Commons in Randburg, Johannesburg to ride 1,235 kilometres for charity.

The Cool Runnings Charity is raising money for the Sunflower Fund. Team members are attorney and athlete Ulrich Roux and triathlete Clinton de Klerk. They plan to cycle for six days from Johannesburg to Port Elizabeth.

“We’ve all been affected by cancer in some way and I think the work that the Sunflower Fund does to encourage bone marrow stem cell donors is amazing and that’s why I’m supporting them,” said Roux.

Many hours in the saddle and a lucky four-leaf clover is what Roux has done to prepare for the long road ahead.

Both Roux and De Klerk will then participate in the Ironman SA triathlon on Sunday after their long ride.