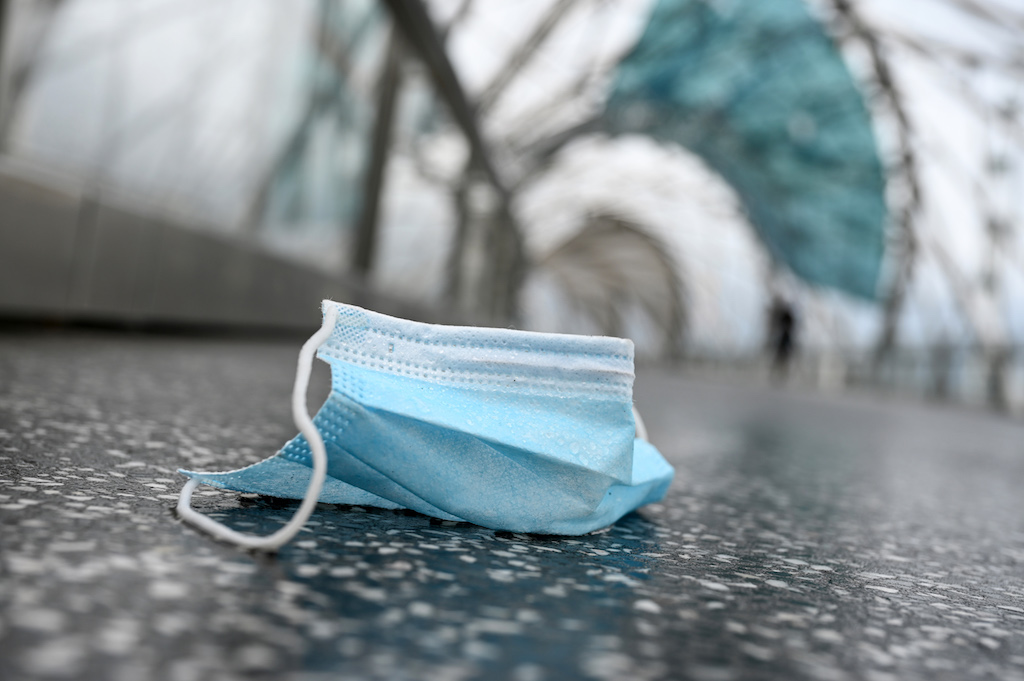 File: A protective face mask is seen left on the ground. AFP/Roslan Rahman

JAKARTA - A pair of social media influencers were booted from Bali over a prank video that featured one sporting a painted-on virus mask that broke COVID-19 rules.

Authorities on the Indonesian resort island said Friday that they would deport US-based Taiwanese YouTuber Josh Paler Lin and Russian influencer Leia Se over the stunt that went viral.

In the video, Lin expresses surprise that few people seem to notice Se walking around a Bali supermarket with the painted-on blue mask.

READ: Foreigners without face masks punished with push-ups in Bali

She applied the make-up after store security initially turned away the maskless Russian.

The clip sparked outrage in Bali, where virus cases and deaths have been climbing.

Foreigners can be hit with a fine of one million rupiah ($70) for not wearing a mask in Bali and face deportation for the second offence.

READ: Bali bans foreign tourists for rest of 2020 over virus

But authorities decided to boot out the pair over their prank.

Lin, who regularly posts prank videos to his 3.4 million subscribers on YouTube, has already deleted the clip and apologised.

"However, I did not realise that what I did could actually bring a lot of negative comments," he added.