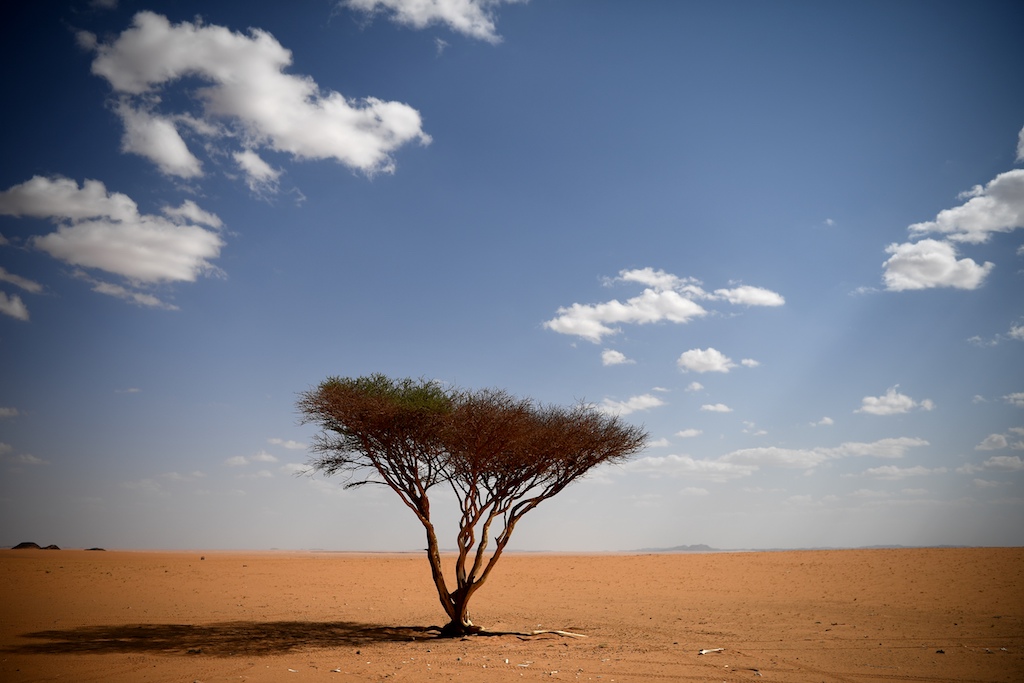 A tree in the sand desert in Saudi Arabia. AFP/Franck Fife

In fact, some 1.8 billion trees dot parts of the West African Sahara and Sahel deserts and so-called sub-humid zone, a previously uncounted bounty that overturns previous assumptions about such habitats, researchers say.

"We were very surprised that there are quite (so) many trees growing in the Sahara desert," lead author Martin Brandt told AFP.

"Certainly there are vast areas without any trees, but there are still areas with a high tree density, and even between the sandy dunes there are here and there some trees growing," added Brandt, an assistant professor of geography at the University of Copenhagen.

The survey provides researchers and conservationists with data that could help guide efforts to fight deforestation and more accurately measure carbon storage on land.

"For preservation, restoration, climate change and so on, data like this are very important to establish a baseline," said Jesse Meyer, a programmer at NASA's Goddard Space Flight Center who worked on the research.

"In a year or two or ten, the study could be repeated... to see if efforts to revitalise and reduce deforestation are effective or not," he said in a NASA press release.

Finding and counting the trees was no simple task.

In areas with plenty of trees, thick clumps of growth appear relatively clearly in satellite images, even at low resolution, and are easily distinguishable from bare land.

But where they are more spread out, satellite imagery can be too low-resolution to pick out individual trees or even small groups.

Higher resolution imagery is now available, but even then problems remain: counting individual trees, particularly over vast areas of territory is an almost impossible task.

The survey covered an area spanning 1.3 million square kilometres and involved analysis of more than 11,000 images.