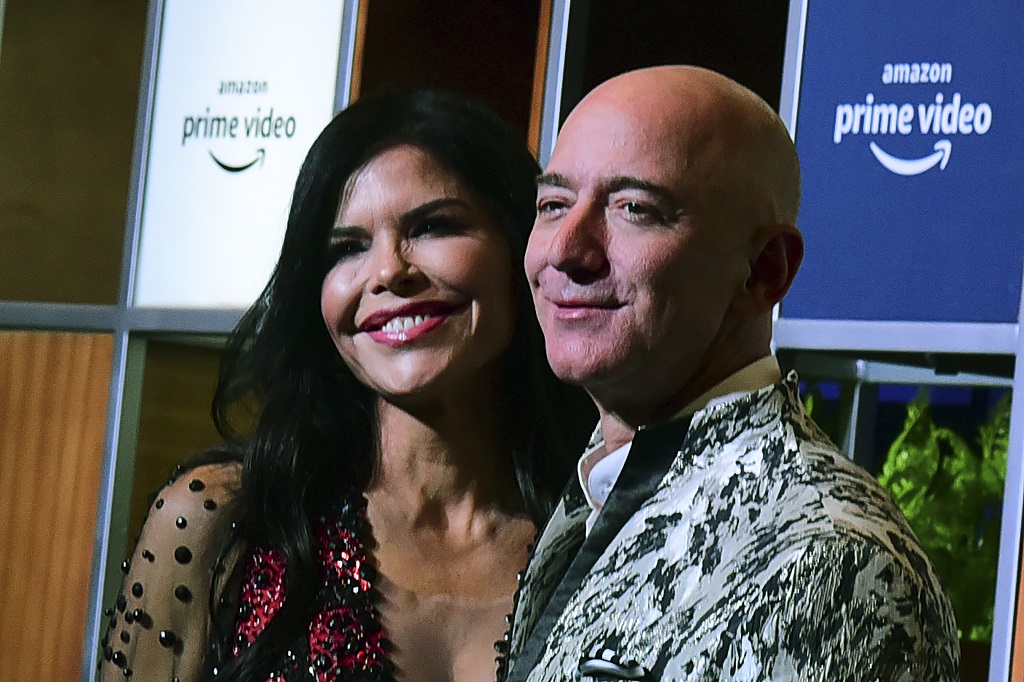 CEO of Amazon Jeff Bezos (R) and his girlfriend Lauren Sanchez (L) pose for pictures as they arrive to attend an event in Mumbai on January 16, 2020.

LOS ANGELES - Amazon.com Inc Chief Executive Officer Jeff Bezos is urging a US judge to dismiss a defamation lawsuit filed against him by the brother of his girlfriend Lauren Sanchez, Bloomberg reported on Monday.

Michael Sanchez sued Bezos in a lawsuit filed in Los Angeles County Superior Court on Friday, alleging Bezos falsely stated that Lauren Sanchez's brother was the source of his intimate photographs, according to a court filing.

In March last year, the publisher of the National Enquirer said its reports on Bezos' private life were based on information from a single source, the brother of Bezos' girlfriend, Lauren Sanchez.

Bezos filed a response to the suit on Monday calling Sanchez's claims baseless and said the suit amounted to an attempt to chill Bezos' ability to exercise his right of free speech, Bloomberg said.

Bezos also said that Sanchez had failed to point to a single example of him or his security chief Gavin de Becker making such an accusation, Bloomberg reported.