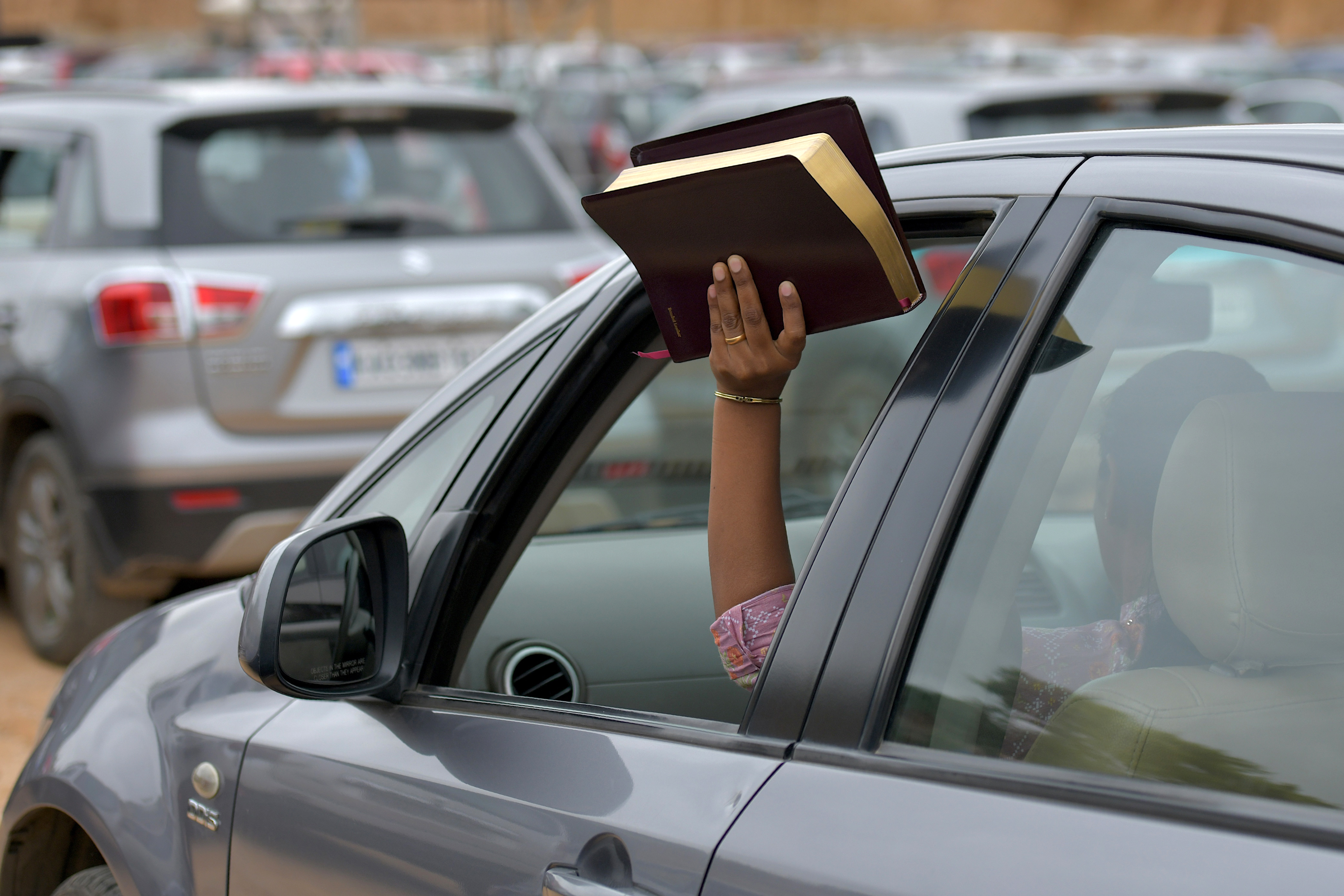 File: A woman belonging to Christian community holds the Bible while offering prayers inside her car. Manjunath Kiran / AFP

NEW YORK - A Catholic priest's podcast about the Bible was topping downloads Thursday in the United States, filling a niche for the faithful as the pandemic restricts in-person mass.

The voice of "The Bible in a Year" -- which has been downloaded over four million times in a matter of weeks -- is charismatic priest Mike Schmitz.

The podcast, which is to include 365 daily episodes, features him reading and discussing the Good Book.

"The Bible in a Year" topped US downloads within 48 hours of going live January 1, according to a spokeswoman for Ascension, the Catholic publishing and educational materials company behind the podcast.

"We see it's meeting a hunger," said Lauren Joyce about the podcast, which was beating out heavyweights like the New York Times's "The Daily" news show.

The show was number one on Apple's podcast app, which is the main platform for them in the US, along with Spotify.

Father Schmitz, chaplain for Newman Catholic Campus Ministries at the University of Minnesota Duluth, had the idea for the podcast last spring, in the midst of the first wave of Covid-19.

For Joyce, the success of the podcast can be explained in particular by the pandemic and the sometimes limited capacity of places of worship.

Many older people, in particular, cannot go to church because of the virus, she said.

The podcast's arrangement also provides an accessible entry point for people interested in the Bible but who have so far been "intimidated" by the Old and New Testaments, Joyce added.

While not new, religious podcasts have so far only represented a niche in this rapidly developing type of content.