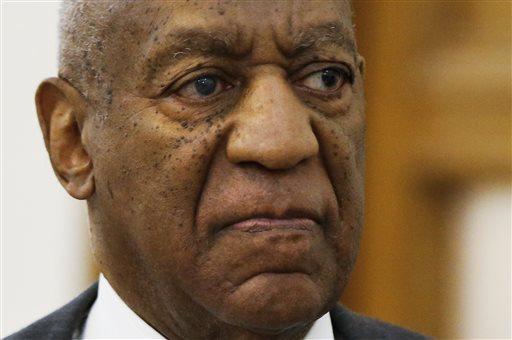 Cosby&39;s attorneys filed the notice of appeal Wednesday asking Pennsylvania&39;s Superior Court to overturn a ruling that denied his third bid to have the case tossed on July 7.

The lawyers again argued that Andrea Constand, who alleges that Cosby sexually assaulted her after plying her with drugs at his Philadelphia home, should testify at a proceeding prior to the trial.

Cosby argues that the sexual encounter was consensual.

The pioneering African American comedian has lost three attempts to have the case dropped, clearing the way for a trial over the claims dating back to 2004.

In recent years more than 50 women have publicly painted Cosby as a serial sexual predator.

The vast majority of the alleged abuses happened too long ago to prosecute, meaning the only criminal charge brought against him stems from the 2004 allegations from Constand, who has not yet appeared at a hearing.

Legal discussions have focused mostly on her written records, as well as Cosby&39;s 2005 deposition given as part of his civil suit with Constand.

The three hearings held since Cosby&39;s indictment have focused on procedural matters rather than the merits of the case.

The sitcom megastar who played a lovable family man on the hit 1980s "The Cosby Show" is slated to stand trial, but a date has not been set.