Bonang is it Ejay or Tweezy? 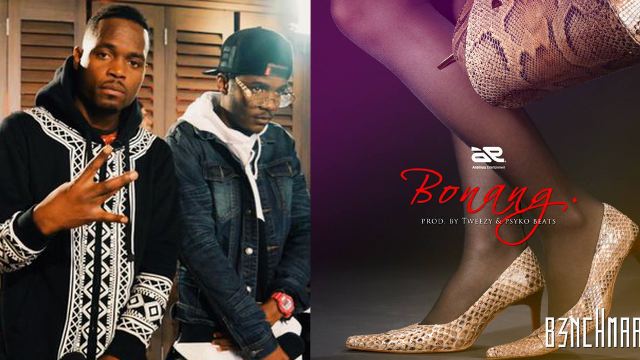 Released on Thursday, the track has already reached over 41 000 downloads on datafilehost in less than 24 hours.

The song has raised interest not only for it&39;s tittle or subject matter ( as everyone wants to know which Bonang in particular the song is referring to), but a twar started when  another artist claimed to be the original owner of the Bonang track.

Tweezy&39;s former crew member Ejay, took to twitter expressing disappointment in how his concept has been exploited by his former friend Tweezy.

Tweezy and EJay were members of Ghetto Prophecy, the largest collective of rappers in Cape Town.  The crew was formed in 2009 and had tracks such as ‘Da Hardest’ and ‘Get the party started’ rotating the airwaves. Their biggest track ‘Oh My’ was produced by Tweezy who also produced Ejay&39;s ‘Hosh’ and a number of tracks on AKA’s album Levels.

Two years later, EJay decided to split from the crew to pursue his own solo career. On his solo mission Ejay still sought the expertise of Tweezy, who helped him in the production of his EP, Apartheid, before the pair had a fall out. Speaking to enca.com Ejay said it was during this production process that the Bonang beat and concept was born. According to the disgruntled rapper, the beat was originally created by @Psykobeats, and Ejay approached Tweezy for some assistance in tweaking the beat.

Speaking to enca.com Ejay said &39;It&39;s amazing how you&39;d never expect your day one niggers to be the one stabbing you in the back, but hey, you live and you learn". I&39;m not angry I just want justice, I will be taking this further." According to him Tweezy sold the beat and his original concept to someone else without officially consulting him or getting permission from him.

To prove that it is his original idea he refereed us to an interview he did for Hype magazine over a year ago where Mbali Skosana wrote , "Describing his sound as gangster rap, this (Ejay) budding rapper has plans to showcase more of  his slick rhymes and lyrical capabilities in his forthcoming single called ‘Bonang’."

"I don&39;t understand how he (Tweezy) could do something like this, but I guess it is a learning curve." Ejay told enca.com.

This @B3nchMarQ BONANG IS STOLEN @Psykobeats Produced the Beat. @Beatsbytweezy MADE THE WORST MISTAKE IN HIS CAREER SELLING IT! WATCH OUT!

MONEY CANT BUY YOU DOPENESS. @B3nchMarQ Ya&39;ll Released a STOLEN SONG. CHORUS, THE TITLE & THE BEAT @beatsbytweezy WILL PAY FOR THIS. BONANG

I&39;m not even going to bother downloading this Bonang track, I&39;d much rather hear the @EJAY_CPT version of it, that&39;ll be worth the data.

This bonang song just goes to shoe how women are both the victim.and the villian in situations and men get away Scott free