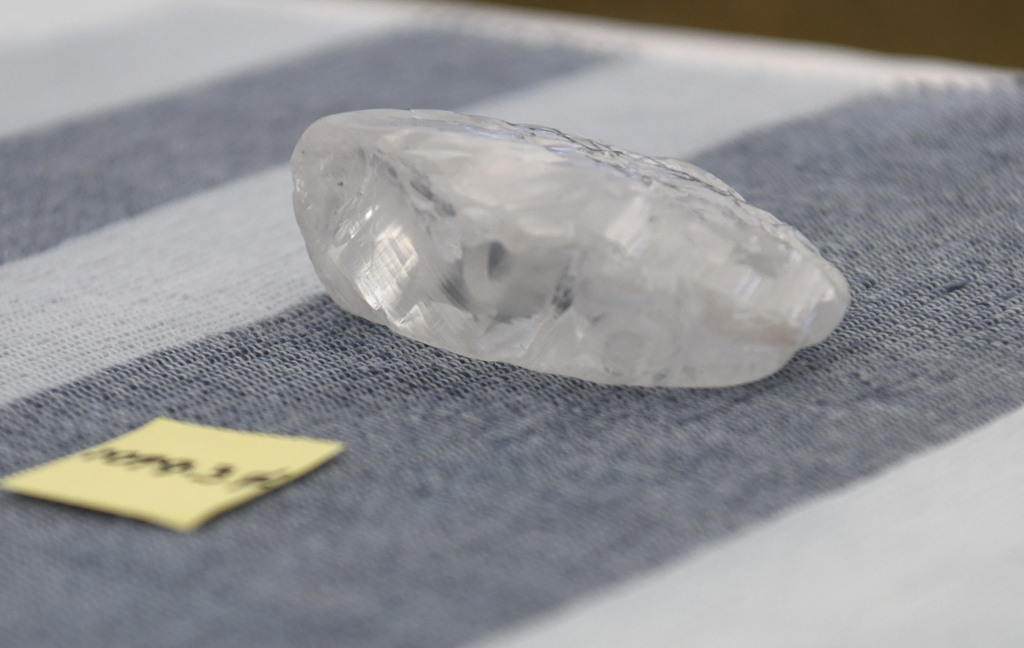 GABORONE - The world's third-largest diamond has now been put on display in Gaborone, Botswana.

An estimate of the stone's cost is yet to be released, but in 2017 the world's second-largest diamond -- also found in Botswana -- was sold for $53-million.

Diamond firm Debswana says it unearthed a stone weighing 1,098-carat at its Jwaneng mine.

The biggest diamond ever discovered was the 3,106-carat.

The Cullinan Diamond was found in South Africa in 1905.

Botswana is the continent's largest producer of diamonds.

Debswana is a joint venture between the Botswana government and diamond giant, De Beers.