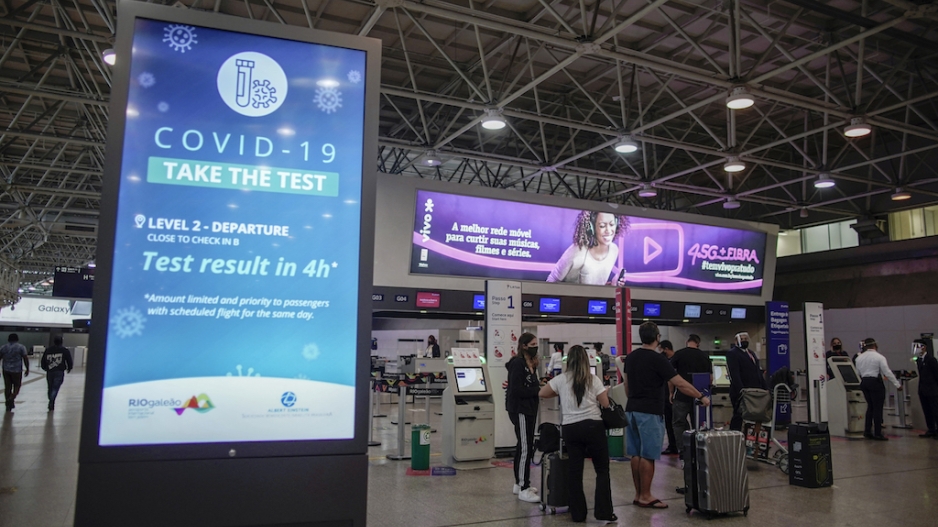 A Supreme Court justice ruled that proof of vaccination would be mandatory to enter Brazil in an effort to slow the spread of the Omicron coronavirus variant.

The national health regulator Anvisa said it had "notified this Monday the border posts, especially at airports, about the immediate compliance with the decision of the Supreme Federal Court that determines the requirement of the vaccination certificate for travellers entering the country."

The nine other high court justices must confirm the ruling between Wednesday and Thursday, but Anvisa said the decision had already gone into effect on Monday.

"The (court) decision has immediate effect... and, therefore, requires the agency to carry out timely assessments, especially in relation to passengers who were already moving or in transit at the time the decision was issued," Anvisa said in its statement.

Brazil last week had initially ruled out requiring a vaccination certificate, despite a recommendation from Anvisa in the face of recorded Omicron cases in the country.

The move came after far-right president Bolsonaro compared such a mandate to a "leash" for animals.

Health Minister Marcelo Queiroga said Brazil would instead require a five-day quarantine for unvaccinated travellers, a measure also recommended by the health regulator.

The quarantine rule will go into effect on December 18.