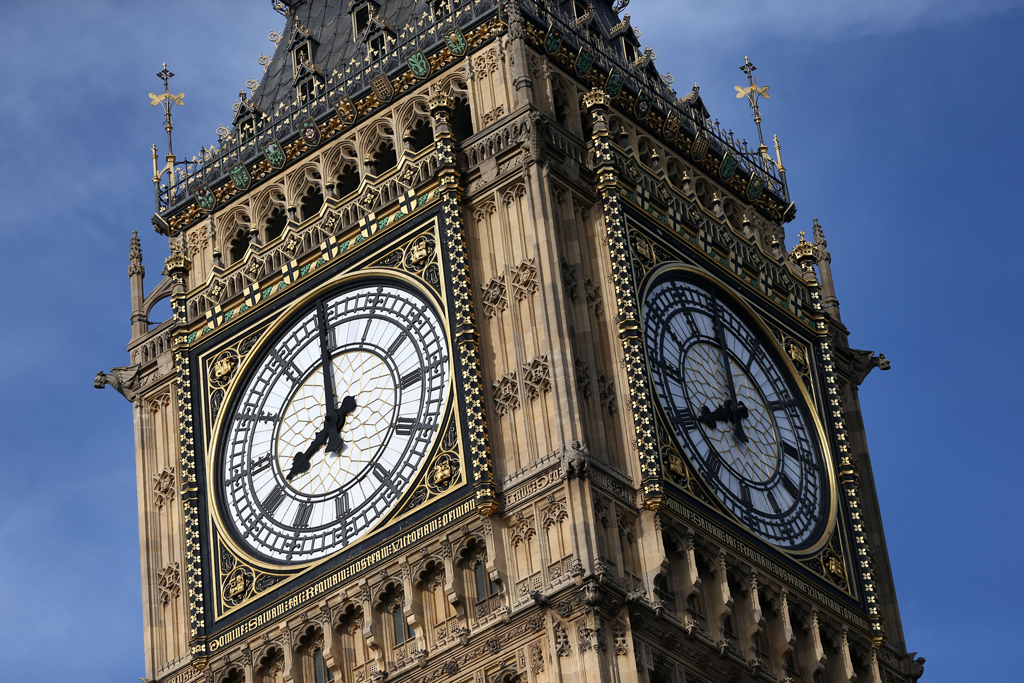 The Elizabeth Tower, which houses the Great Clock and the 'Big Ben' bell, is seen above the Houses of Parliament, in central London, Britain 14 August 2017.

LONDON - Britain's much-loved Big Ben will fall silent for four years from next week as conservation work is carried out on the famous 19th-century bell in a clock tower next to the Houses of Parliament.

"Big Ben falling silent is a significant milestone in this crucial conservation project," Steve Jaggs, whose official title is "Keeper of the Great Clock", said in a parliament statement on Monday.

"This essential programme of works will safeguard the clock on a long term basis, as well as protecting and preserving its home -- the Elizabeth Tower," he said.

It will be the longest period that Big Ben, whose bongs are familiar to many people around the world because of their use in BBC radio and television broadcasts, has been silent in its 157-year history.

The last bong before the refurbishment will be at 12 pm on 21 August, the statement said.

The clock will still tell the time silently until 2021 and the chimes will continue to be rung on important occasions such as New Year's Eve.

The Elizabeth Tower, which is 96 metres high, is the most photographed building in Britain.

The tower itself is commonly referred to as Big Ben even though the name applies only to the bell.

The clock's cogs and hands, as well as the four dials, will be removed, cleaned up and repaired as part of the work.

The project's cost was estimated last year at £29-million (R501-million).

Because the clock mechanism will be temporarily out of action, a modern electric motor will drive the clock hands until the clock is reinstated.

Parliament also said that the clock's faces would have to be covered up while they are being repaired.

"However, to ensure that the publicise still able to set their watches by this most important of time pieces, one working clock face will remain visible at all times throughout the works," it said.