Britain's Prince Harry, Meghan to step back as 'senior' royals 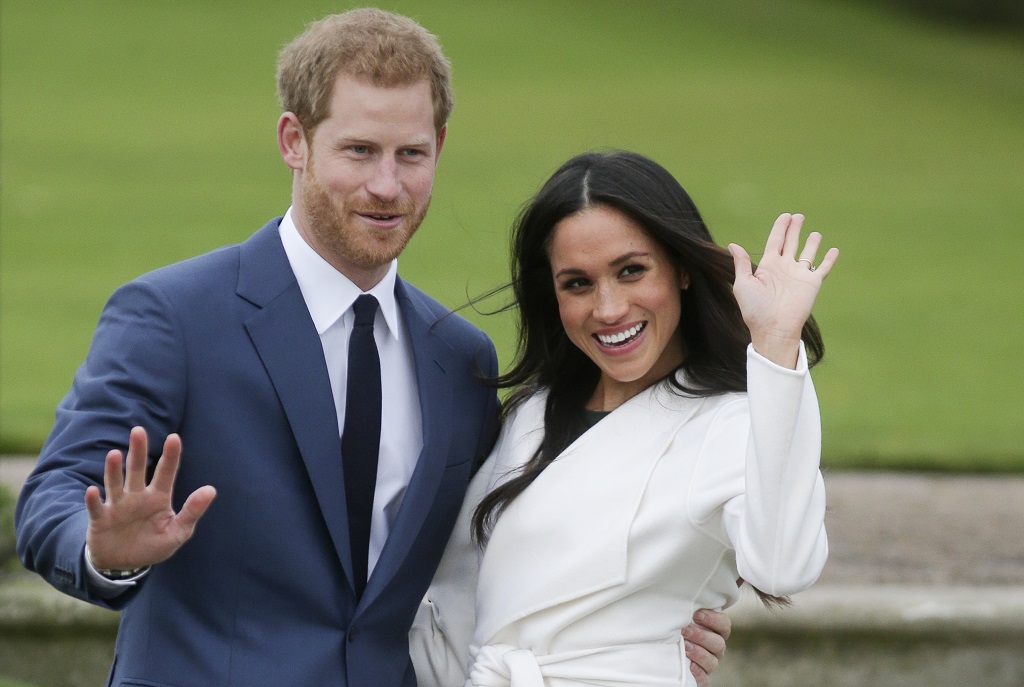 Britain's Prince Harry and his wife Meghan will step back as senior members of the royal family and spend more time in North America, the couple said in a historic statement Wednesday.

LONDON - Britain's Prince Harry and his wife Meghan will step back as senior members of the royal family and spend more time in North America, the couple said in a shock announcement on Wednesday.

The surprise news follows a turbulent year for the monarchy, with signs that the couple have increasingly struggled with the pressures of royal life and family rifts.

"We intend to step back as 'senior' members of the royal family and work to become financially independent, while continuing to fully support Her Majesty The Queen," they said in a statement released by Buckingham Palace.

"After many months of reflection and internal discussions, we have chosen to make a transition this year in starting to carve out a progressive new role within this institution," they added.

"We now plan to balance our time between the United Kingdom and North America."

What constitutes a senior royal is not officially defined, although it is generally considered to be one who is close to the throne and continually carries out duties on behalf of the crown.

The Duke and Duchess of Sussex spent Christmas in Canada after speaking of the pressure of being in the spotlight following their fairytale wedding at Windsor Castle in 2018 and son Archie's birth in May.

They had previously announced they would miss Christmas with Queen Elizabeth and the rest of the royal family, choosing to spend it instead with the duchess' mother, Doria Ragland.

Harry, who is sixth in line to the throne, said in October that he and his brother Prince William were on "different paths" and admitted tension in their relationship.

"We don't see each other as much as we used to because we are so busy but I love him dearly," he said in an ITV television interview.

Meghan also admitted that it had been a "struggle" becoming a mother while living under an intense media spotlight.

There are rumours of a feud with William's wife Kate, and she said her British friends had warned her not to marry Harry.

"The British tabloids will destroy your life," she said they told her.

Asked in the ITV interview if she was "not really OK" and life had "really been a struggle", she replied simply: "Yes.".

The couple recently launched legal action against British tabloid The Mail on Sunday for alleged invasion of privacy over a letter from the duchess to her father. It came with a stinging statement from Harry about general tabloid coverage.

Asked if Meghan was facing the same media pressures as Diana, Harry replied: "I have a family to protect.

"I will not be bullied into playing a game that killed my mum."

The royals had hoped to turn over a new page in 2020 following a year of trials and tribulations that Queen Elizabeth called "quite bumpy" in her Christmas Day message.

Last year began with the monarch's husband Prince Philip overturning his Land Rover after crashing it into an oncoming car.

It ended with the 98-year-old walking gingerly out of a London hospital after four nights of treatment for what Buckingham Palace described as a "pre-existing condition".

Meanwhile, Prince Andrew -- often referred to as the queen's "favourite son" -- was dogged throughout the year by allegations that he had sex with one of the victims of US paedophile Jeffrey Epstein when she was a teenager.

He denies the allegations.