Broadway to stay closed until at least September 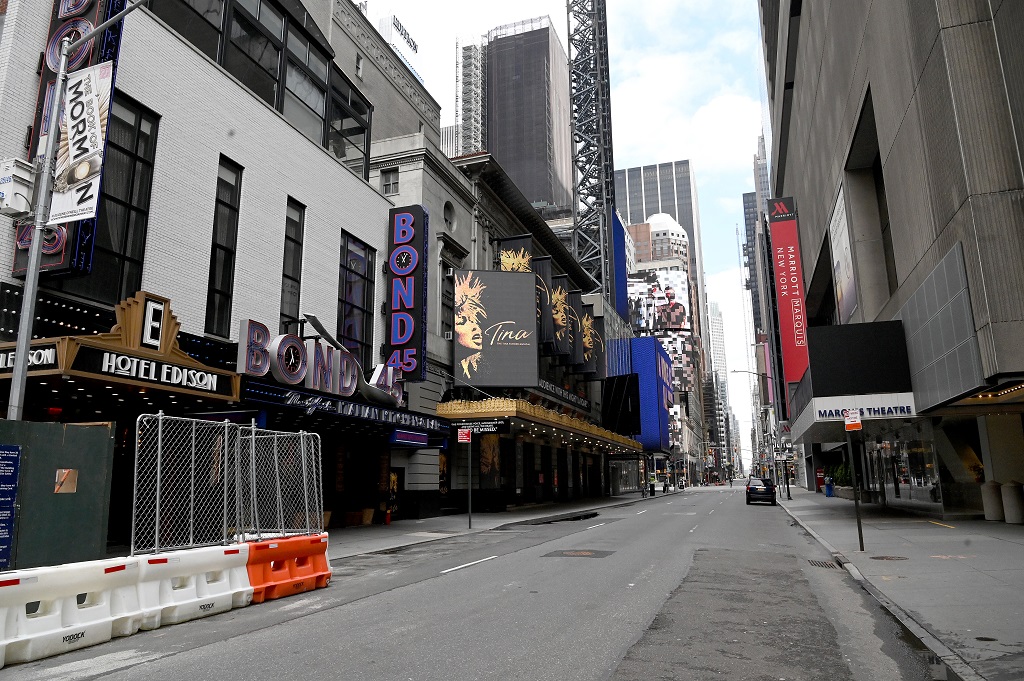 Closed broadway theaters during the coronavirus pandemic on April 08, 2020 in New York City. The Broadway League announced today that theaters will remain closed until June 7, effectively ending the 2019-2020 season.

The decision is not particularly surprising given that New York remains the US epicentre of the coronavirus pandemic, with COVID-19 continuing to kill more than 150 people a day in the state.

Reopening the arts and entertainment sectors, a major feature of life in New York, is in the final phase of Governor Andrew Cuomo's four-part plan to return economic and cultural activity to the state.

"While all Broadway shows would love to resume performances as soon as possible, we need to ensure the health and well-being of everyone who comes to the theater -- behind the curtain and in front of it -- before shows can return," said Charlotte St. Martin, the Broadway League's president, in a statement.

Along with virtually all events in the city Broadway's theaters shut in mid-March, when 31 productions were running and eight were in rehearsals with spring opening dates.

The shuttering of the city's most bankable tourist attraction is a major blow: in normal times, those theaters would be raking in $33 million a week in ticket sales.