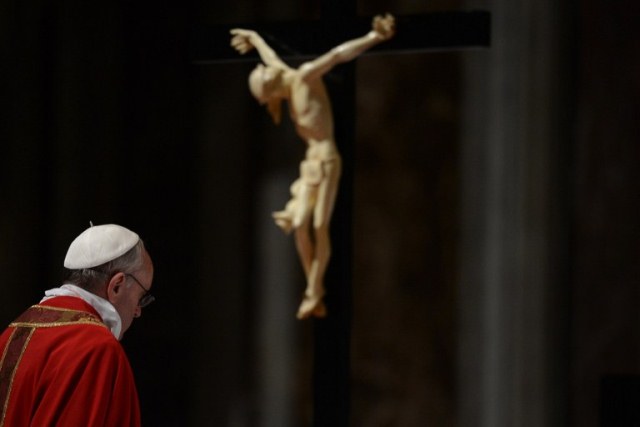 Hollywood studio DreamWorks and production company Participant Media have secured the rights to an account of the Catholic Church's coverup of sex abuse cases.

SYDNEY - The vow of celibacy could lead clergy to commit child sex abuse, the Catholic Church in Australia said in a report on Friday.

A council set up by the Australian branch of the Catholic Church to respond to a public inquiry into decades of child sex abuse by priests and others released a report concluding priests needed training on how to deal with celibacy.

The report by the Catholic Church&39;s Truth, Justice and Healing Council said the church had turned a "blind eye" to abuse for decades and that in the past some of the church&39;s leaders did not understand that abusing a child was a crime.

"Church institutions and their leaders, over many decades, seemed to turn a blind eye, either instinctively or deliberately, to the abuse happening within their diocese or religious order, protecting the institution rather than caring for the child," the report said.

"Obligatory celibacy may also have contributed to abuse in some circumstances," it said.

The council was set up by the Catholic Church to assist the church respond to the ongoing public Royal Commission into how institutions such as the church handled complaints of child sexual abuse.

Over the past 12 months the hearings have heard a series of horrific stories of sex abuse and even torture of children and cover-ups by church and public officials.

The council recommended training in "psychosexual development" for priests so they could better handle the vow of celibacy.

"We recognize that celibacy could be a factor in the behaviour of priests, but we can&39;t be sure to what extent it is a factor. We need to examine this further," council chief executive officer Francis Sullivan told the broadcaster ABC Friday after the report&39;s release.

"That&39;s called psychosexual education. Certainly in the past, there was none."

Sullivan said the council would not recommend the church abandon celibacy for priests.

The issue has divided Australia&39;s Catholic leaders. Cardinal George Pell has acknowledged there may be a connection between celibacy and abuse in his evidence to the Royal Commission last year. But Melbourne&39;s Archibishop Denis Hart has denied there could be a connection.

Critics said the report did not go far enough. Survivors Network of Those Abused by Priests spokeswoman Nicky Davis said the church had manipulated and deceived victims so they would accept a minor settlement in return for silence.