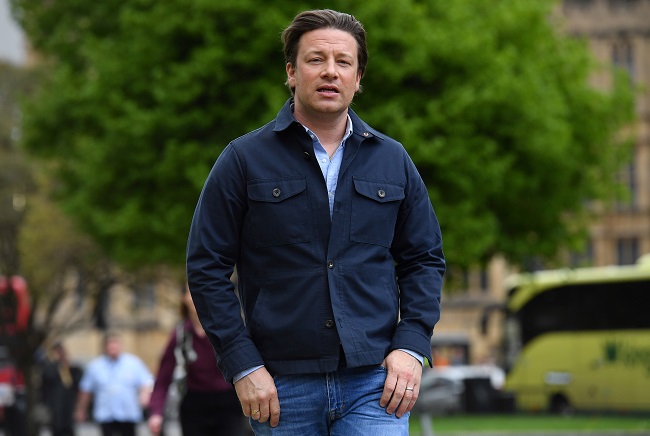 British chef and activist Jamie Oliver arrives to speak to members of the media after speaking on the subject of childhood obesity at Parliament's Health and Social Care Committee in London on May 1, 2018.

Oliver expressed deep sadness at the move that comes amid fierce competition.

"I am deeply saddened by this outcome and would like to thank all of the staff and our suppliers who have put their hearts and souls into this business for over a decade," Oliver said in a statement.

"I appreciate how difficult this is for everyone affected," he added.

Oliver's group has officially fallen into administration - the process whereby a troubled company calls in outside expertise to try and minimise job losses.