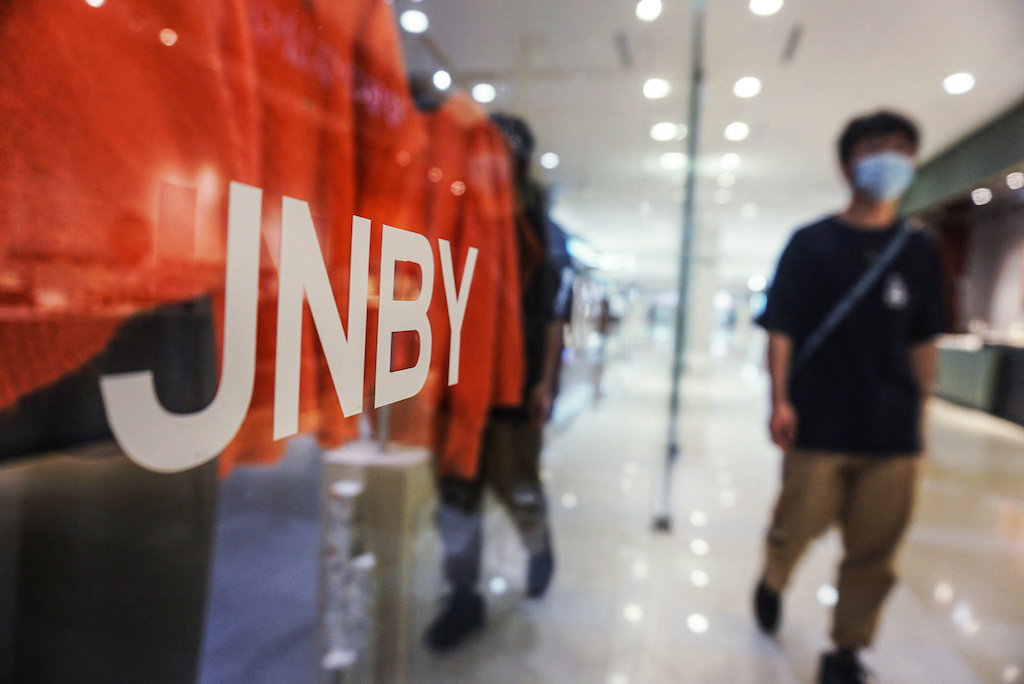 A customer walks past a store of Chinese fashion label JNBY at a shopping mall in Hangzhou. AFP/STR

BEIJING - A Chinese fashion label has pulled a children's clothing line and apologised after consumer complaints surfaced about prints that contained references to racial violence and suggestive phrases.

The designs by JNBY, widely shared on Chinese microblogging platform Weibo, prompted outrage and criticism among users who said that the designs were unsuitable for impressionable youngsters.

"What is JNBY trying to express with such prints?" one social media commenter wrote. "I used to like their adult's clothing, but didn't expect their children's line to be so sinister!"

"We have immediately pulled all the related product series from our shelves, revoked relevant publicity material, and set up a specialised group to investigate internally," the brand said in a statement on Weibo.

JNBY, a popular designer label founded in 1994 and headquartered in Hangzhou, added that it had also opened channels for refunds and apologised to buyers.

Many users were unmoved by JNBY's expression of remorse.

"This is not a problem that can be solved with an apology," one argued.

A parent wrote that older family members who didn't speak English had bought the clothing for their child without understanding the meanings.

"As such a big company, JNBY, who checks your material?" the shocked parent wrote.