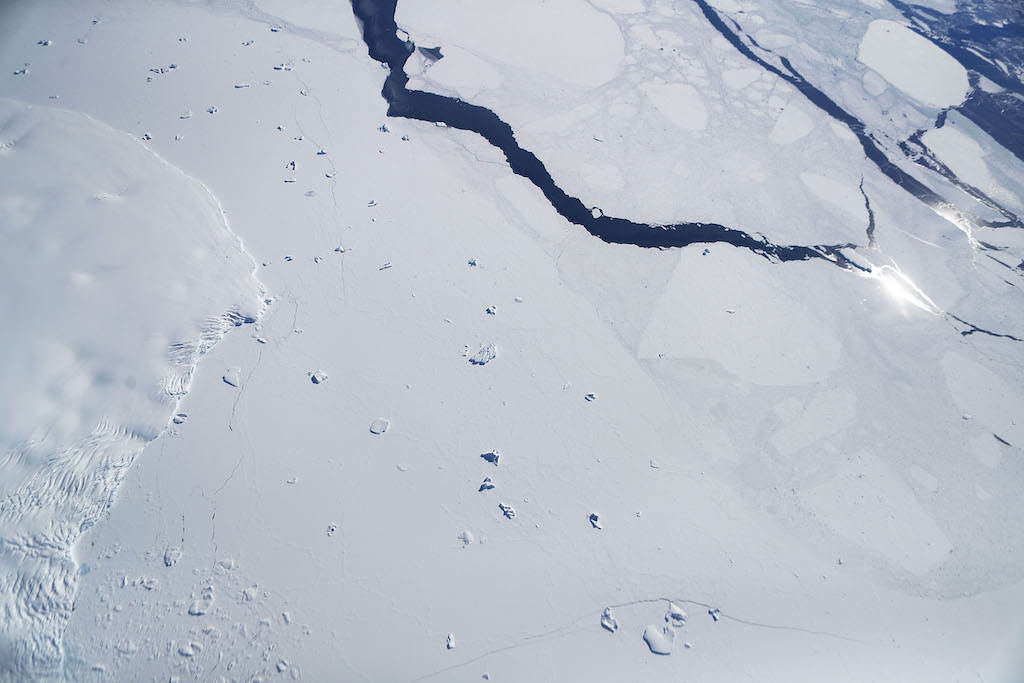 File: Parts of the East Antarctic Ice Sheet -- the world's largest, containing roughly half of Earth's freshwater -- also sit below the ocean waterline, making it especially vulnerable to rising temperatures.

FRANCE - Humanity should brace for blowback from oceans and frozen zones increasingly addled by climate change, a major UN report will warn.

Loading the atmosphere with CO2 and greenhouse gases has spawned a host of consequences, starting with irreversible sea-level rise, according to a draft Intergovernmental Panel on Climate Change (IPCC) Special Report obtained by AFP.

Here are impacts highlighted in a summary slated for release on September 25:

SOAK IT UP: Oceans have absorbed a quarter of manmade greenhouse gases and 93 percent of the extra heat they generate in the atmosphere. As a result, the world's seas have become warmer, more acidic and less salty.

HEATWAVES: The frequency, intensity and extent of marine heatwaves like those that devastated Australia's Great Barrier Reef have all increased, with ocean hot spells twice as likely today as during the 1980s.

EL NINOS: Extreme El Ninos -- weather phenomena which drive forest fires, cause disease outbreaks and affect cyclones -- are expected to double in frequency if emissions are not cut.

SUSTENANCE: Food supply from shallow tropical waters could decline by 40 percent by the year 2100 because of warming and acidification.

Some ocean wildlife populations -- from minuscule plankton to big fish and marine mammals -- have shifted hundreds of kilometres toward their preferred temperatures, adversely affecting coastal fisheries.

SEA LEVEL: Compared to the 1980-2000 period, seas will rise nearly half a metre by 2100 if Earth warms 2C above preindustrial levels, and 84 cm in a 3C-4C world. In the 22nd century, the pace of sea-level rise is likely to jump 100-fold from 3.6 millimetres per year today to several centimetres annually.

Even if global warming is capped at 2C, oceans will eventually rise several metres, submerging areas that are today home to 280 million people.

FLOOD DAMAGE: Without major adaptation efforts, the cost of annual flood damage caused by storm surges would increase 100- to 1,000-fold by 2100.

NEW NORMAL: Many low-lying megacities and small island states will experience what are today rare sea-level extremes every year by 2050, no matter how fast CO2 emissions are drawn down.

WETLANDS: Globally, 20 to 90 percent of coastal wetlands will disappear by 2100, depending on sea-level rises.

OXYGEN: The concentration of life-giving oxygen in marine environments has dropped two percent in 60 years, and will decline another three to four percent by 2100 at current rates of carbon pollution. Oxygen levels will likely decline over 59-80 percent of the ocean surface within 20 years.

CORALS: Coral reefs -- a major bulwark against storm surges -- will decline by 90 percent even in a 1.5 C world. Two degrees would be a death sentence for corals, which underpin the livelihoods of half a billion people today.

ICE SHEETS: Earth's two ice sheets, sitting atop Greenland and Antarctica, have shed on average more than 430 billion tonnes of mass each year since 2006, becoming the main drivers of sea-level rise.

GLACIERS: Average annual runoff from glaciers in most mountain regions will have peaked and begun to decline by 2100. Worldwide, more than two billion people today depend on glaciers for fresh water.

Low-altitude glaciers in the Alps, the Caucasus mountains and Scandinavia will lose more than 80 percent of current mass by 2100.

PERMAFROST: Thirty to 99 percent of the world's top-layer permafrost -- the top three metres -- could melt by 2100 if carbon pollution continues unabated, releasing a carbon bomb of greenhouse gases. If emissions are aggressively capped, the area thawed could be vastly reduced.

HEAVY METAL: Toxic mercury and other "legacy contaminants" in drinking water will increase with the melting of glaciers and permafrost, which may store nearly 800,000 tonnes of mercury -- twice the amount found in all other environments combined.