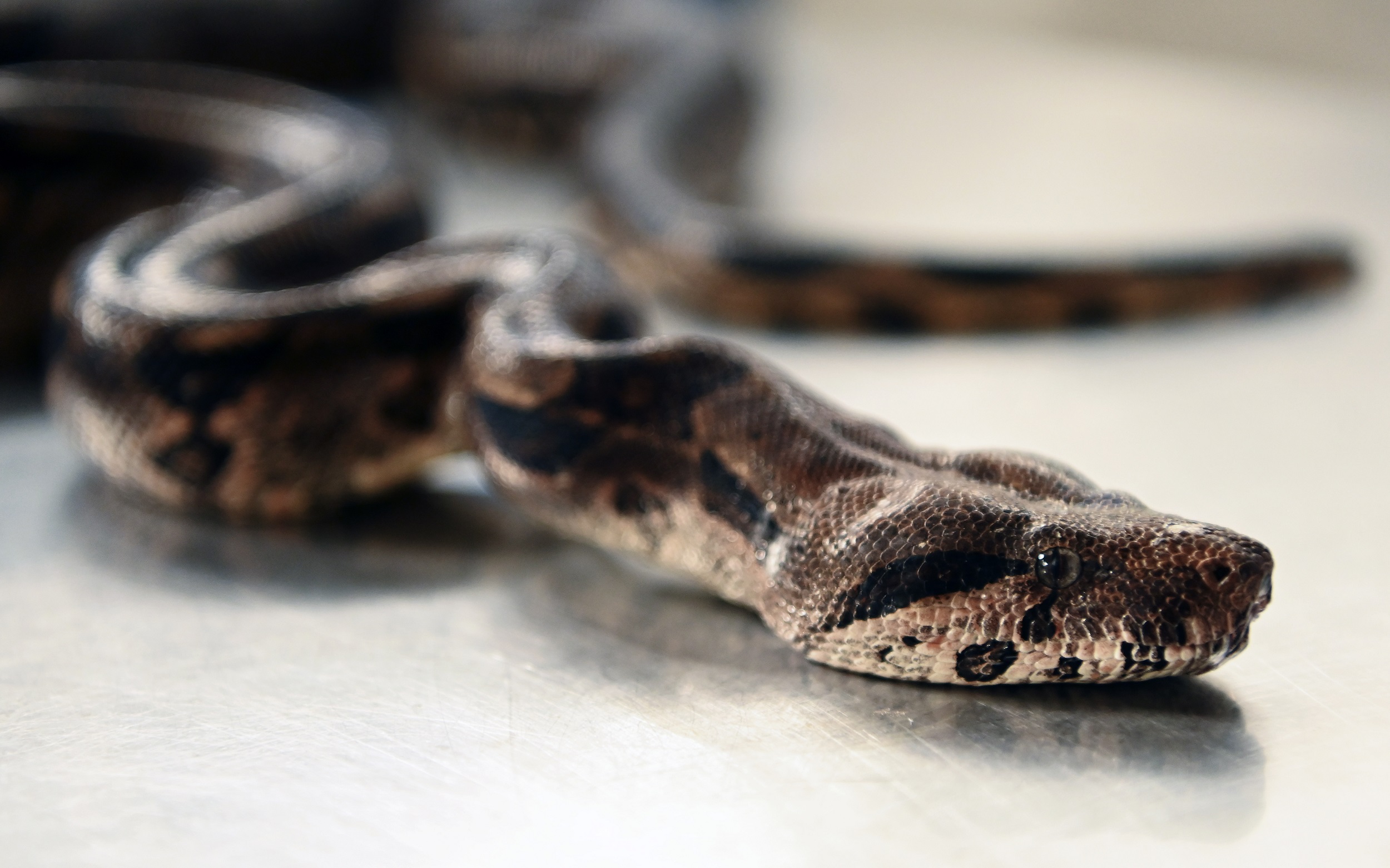 File: Photos of the man showed what appeared to be a python coiled around his neck and face but he was not wearing a mask as required underneath.

LONDON - Public transport bosses in northwest England clarified the rules on face coverings after a bus passenger was spotted with a snake around his neck and mouth.

The commuter was spotted on a bus bound for Manchester on Monday but fellow passengers initially believed he was wearing a colourful face covering, the Manchester Evening News reported.

"At first I thought he had a really funky mask on, then he let it crawl around the handrails," one witness was quoted as saying.

READ: How to safeguard against snakes and snake bites

"No one was really bothered on the bus but a man behind took a video. It was definitely entertaining."

Photos of the man, dressed in a white t-shirt and jeans, showed what appeared to be a python coiled around his neck and face but he was not wearing a mask as required underneath.

The use of face coverings is mandatory on public transport in Britain, to prevent the close-contact spread of the coronavirus.

Some exceptions are allowed, such as for people with health conditions or young children.

READ: This is definitely weird: Snake bites man, he bites back

"While there is a small degree of interpretation that can be applied to this, we do not believe it extends to the use of snakeskin, especially when still attached to the snake," he added.

The UK government initially resisted the use of face masks in confined spaces such as shops as a preventative measure against the virus but changed its policy as the number of cases climbed.

The move sparked some opposition but not to the same extent as in the United States.

Imagine someone this time last year telling us this would be an actual situation. 2020 really is something else. https://t.co/xjngeSua8M