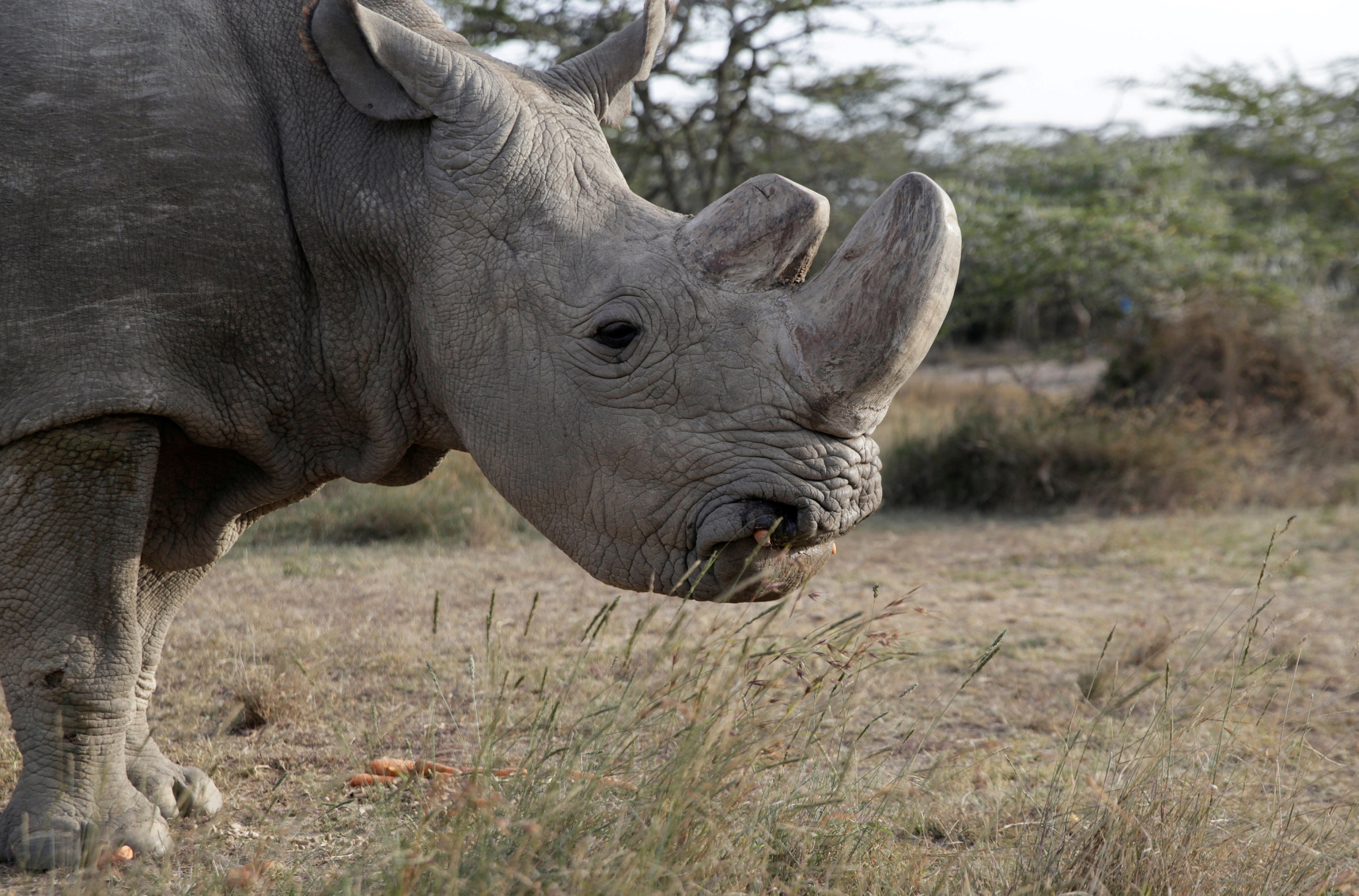 File: South Africa has for years battled a scourge of rhino poaching fuelled by demand for their horns in Asia.

JOHANNESBURG - The number of South African rhinos killed by poachers fell by half in the first six months of the year, but 166 were slaughtered nonetheless, the environment minister said Friday.

And the number of incidences has begun to edge higher again as coronavirus lockdown measures are eased, she added in a statement.

"During the first six months of 2019, 316 rhino had been poached in South Africa," said Barbara Creecy, the minister of environment, forestry, and fisheries.

The figure represents a drop of nearly 53 percent.

"We have been able to arrest the escalation of rhino losses," Creecy claimed.

South Africa has for years battled a scourge of rhino poaching fuelled by demand for their horns in Asia.

The ministry attributed its success in slowing the rate of poaching to a decade of various strategies and supply chain disruptions that stemmed from national travel restrictions during a national coronavirus lockdown.

The famed Kruger National Park reported that 88 rhino had been killed during the first six months of 2020.

But Creecy warned that since lockdown restrictions have been gradually lifted and game parks reopened, so too has rhino poaching slowly increased.

In the three months from when a lockdown was implemented on March 27 until the end of June, 46 rhinos were killed across the country, she said.

Rhino horn is composed mainly of keratin, the same substance as in human fingernails.

It is normally sold in powdered form and touted as a cure for cancer and other diseases.