Decline of carnivores a threat to nature 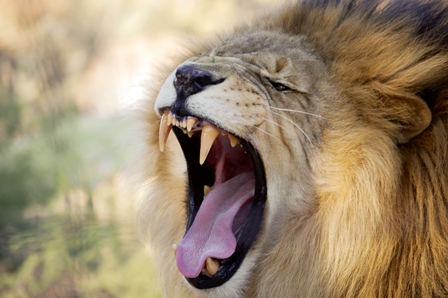 WASHINGTON - The gradual decline of large carnivores such as lions, wolves or pumas is threatening the Earth&39;s ecosystems, scientists warned Friday as they launched an appeal to protect such predators.

More than 75 percent of 31 large carnivore species are on the decline, and 17 of them now occupy less than half of their former ranges, says a study published in the American journal Science and dated 10 January.

Large carnivores have already been largely exterminated from much of the developed world including western Europe and the United States.

And this hunt is happening around the world, the scientists said, bemoaning that the animals play a crucial role in maintaining the delicate balance of ecosystems.

"Globally, we are losing large carnivores," wrote William Ripple, lead author of the study and a professor in the Department of Forest Ecosystems and Society at Oregon State University.

"Many of them are endangered," Ripple wrote. "Their ranges are collapsing. Many of these animals are at risk of extinction, either locally or globally. And, ironically, they are vanishing just as we are learning about their important ecological effects."

The American, European and Australian scientists who took part in the study said it is time to launch a worldwide initiative to reintroduce these animals into the wild and restore their populations in an effort modelled on the Large Carnivore Initiative for Europe.

This is a non-profit scientific group affiliated with the International Union for the Study of Nature. The project aims to reintroduce wolves, lynx and brown bears in their natural habitats.

Ripple and his colleagues reviewed published scientific reports and focused on seven species that have been studied for their widespread ecological effects. They are African lions, leopards, Eurasian lynx, cougars, gray wolves, sea otters and dingoes.

The different reports show that a decline in pumas and wolves in Yellowstone National Park led to an increase in animals that feed on tree leaves and bushes, such as deer and elk. This disrupts the growth of vegetation and shifts populations of birds and small mammals, the researchers said.

In Europe, fewer lynx have been tied to overpopulation of roe deer, red foxes and hares, while in Africa the disappearance of lions and leopards has coincided with a dramatic increase in the number of olive baboons, which threaten farm crops and livestock.

In Alaska, a decline in sea otters through killer whale depredation has triggered a rise in sea urchins and loss of kelp beds.

"Nature is highly interconnected," said Ripple. "The work at Yellowstone and other places shows how one species affects another and another through different pathways."

But the authors of the study say it will be very hard to convince people to accept a large scale restoration of large carnivore populations.

People are afraid of them and have fought them to protect their livestock and their communities, they said.

American conservationists failed to agree on opposing the lifting of federal protection granted to wolves in Montana and Idaho in 2011. This was followed in 2012 by Wyoming, under pressure from ranchers.