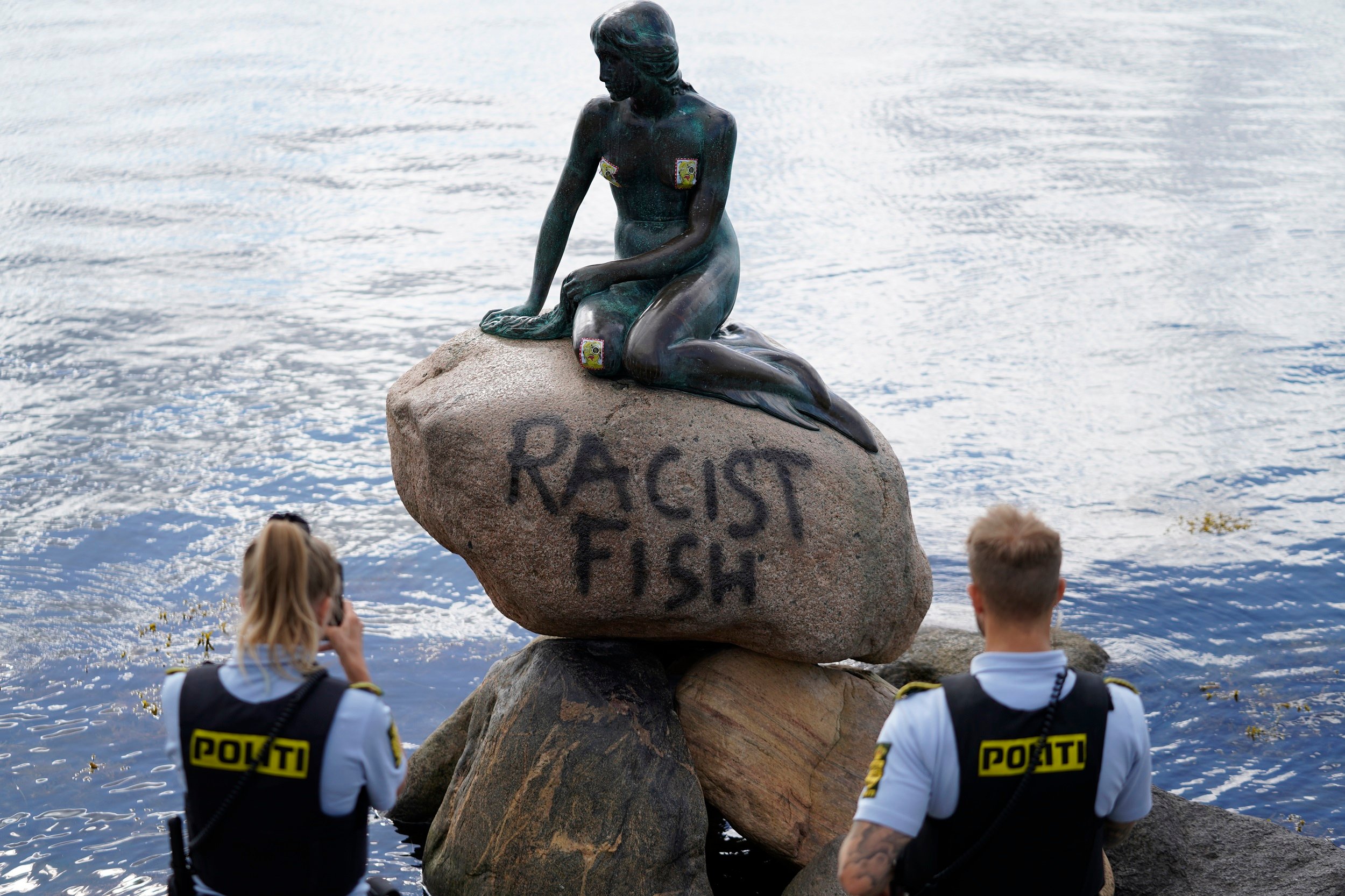 Danish police officers take pictures of the base of the Little Mermaid statue (Den lille Havfrue) after it was vandalised.

COPENHAGEN - The Little Mermaid statue in Copenhagen, the city's most famous monument, was vandalised on Friday but police and commentators were puzzled as to who might have done it and what their message really is.

"We can confirm that The Little Mermaid has been vandalised some time before 9am," Copenhagen police said in a statement to AFP.

"An unknown person has written the words 'Racist Fish' on it. We are investigating the case."

The Little Mermaid, inspired by a character in Danish poet and author Hans Christian Andersen's 1837 fairytale of the same name, is a 175kg statue by sculptor Edvard Eriksen.

The statue has been vandalised numerous times over the years, including when the mermaid's head was stolen in 1964 and 1998, as well as when an arm was cut off in 1984.

The meaning of the apparent racist accusation has however so far left some scratching their heads.

"Of course in general with literary works, you can read them with various glasses," Ane Grum-Schwensen, an expert employed by the H.C. Andersen centre at the University of Southern Denmark, told broadcaster TV2.

"However, I do find it a little difficult to see, what would be especially racist in the adventure "The Little Mermaid," she added.

According to police other statues around Copenhagen have also been vandalised with "various phrases."