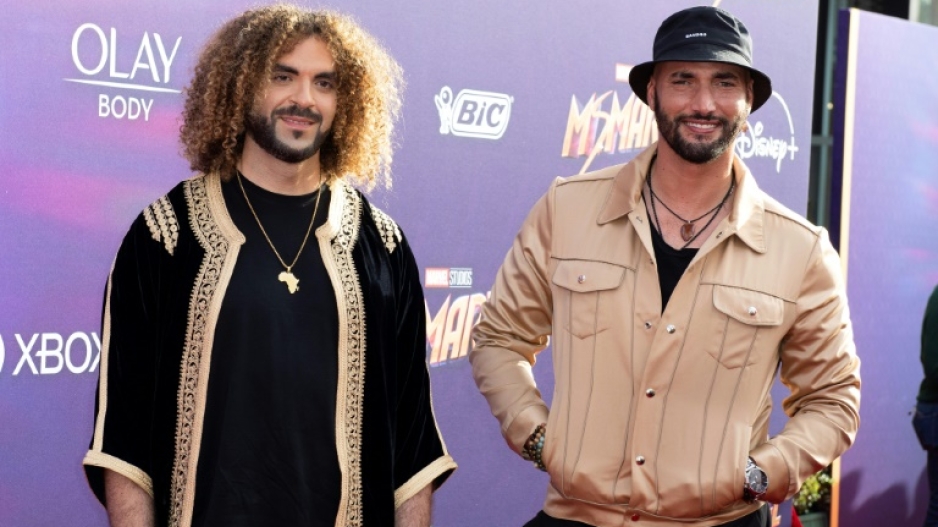 'Batgirl' directors Adil El Arbi and Bilall Fallah said they are 'saddened and shocked' by the decision to cancel the $90m film, even though it was nearly complete. AFP/Valerie Macon

LOS ANGELES - The directors of "Batgirl" said they were "shocked" that the $90-million superhero film had been axed by the studio and will now not be released in any format.

Warner Bros. Discovery announced they were shelving the movie adaptation of the DC Comics character, which was to star Leslie Grace in the title role, alongside Michael Keaton as Batman, preventing it from being seen in either theaters or on streaming platform HBO Max.

"We are saddened and shocked by the news. We still can't believe it," directors Adil El Arbi and Bilall Fallah wrote on Instagram.

"As directors, it is critical that our work be shown to audiences, and while the film was far from finished, we wish that fans all over the world would have had the opportunity to see and embrace the final film themselves."

The movie had completed principal photography and much of the post-production work -- where special effects, sound and graphics are added -- was also done.

Star Grace ("In the Heights") released an upbeat statement on her Instagram account Wednesday night, saying she was "proud of the love, hard work and intention all of our incredible cast and tireless crew put into this film over seven months in Scotland.

"I feel blessed to have worked among absolute greats and forged relationships for a lifetime in the process!"

Her efforts were applauded by El Arbi and Fallah, who described themselves as "huge fans of Batman since we were little kids."

"It was a dream to work with such fantastic actors like Michael Keaton, J.K. Simmons, Brendan Fraser... and especially the great Leslie Grace, who portrayed Batgirl with so much passion, dedication and humanity," the "Bad Boys for Life" directing duo added.

The move sent shockwaves through Hollywood, where industry veterans said it was unprecedented for a movie to be so close to completion -- and with so much money already spent -- and not be released.

Trade title Variety quoted industry insiders as saying "Batgirl" had fallen between two stools -- not big and glitzy enough for a theatrical release, with its expensive marketing requirements, but too big to make economic sense in the belt-tightening streaming landscape.

Variety said the $90-million hole this would leave in the studio's balance sheet would probably be dealt with via a tax write-down -- a process where companies reduce their exposure to tax by subtracting losses from their profits.