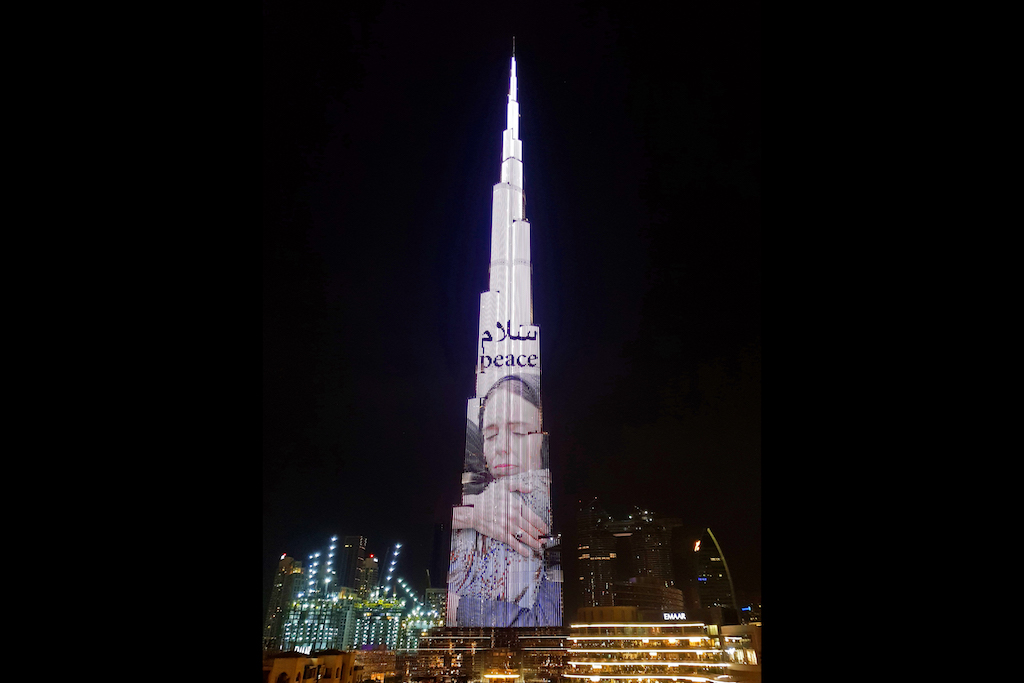 The Gulf emirate's Burj Khalifa tower lit with an image of New Zealand's Prime Minister Jacinda Ardern in appreciation of her solidarity position with her country's Muslim community.

DUBAI - Dubai has projected the image of New Zealand premier Jacinda Ardern onto its iconic Burj Khalifa, the world's tallest skyscraper, in thanks for her response to last week's mosque shootings.

"Thank you PM @jacindaardern and New Zealand for your sincere empathy and support that has won the respect of 1.5 billion Muslims after the terrorist attack that shook the Muslim community around the world," he wrote on Twitter.

A photo from Dubai's Public Diplomacy Office showed Burj Khalifa lit up with a picture of Ardern in a hijab, warmly embracing a Muslim affected by the tragedy, under the word "peace" in Arabic and English.

Ardern has been widely praised for her handling of the tragedy, meeting victims' families and moving quickly to tighten gun laws while calling for global efforts against extremism online.