During tough times, dogs save the Queen: report 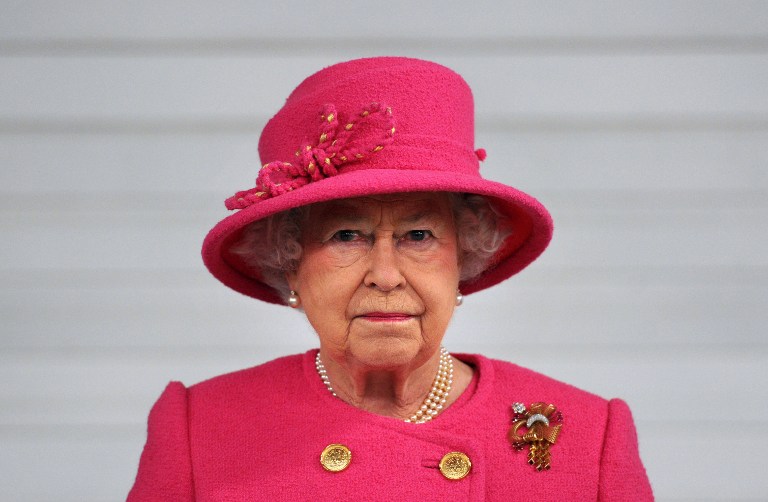 FILE: Britain's 86-year-old Queen Elizabeth II has been admitted to hospital for the first time in 10 years as a precautionary measure, after struggling to shake off a bout of gastroenteritis. (AFP PICTURE)

LONDON - Queen Elizabeth II has acquired two new corgi puppies after the last of her succession of the dogs died several years ago, The Sun reported on Friday.

The tabloid said the lively pups -- the latest in a long line of dogs to keep the 94-year-old company - were bringing joy as the royal family battles a series of crises.

Her 99-year-old husband, Prince Philip, has just had a heart operation, while her grandson Prince Harry and his wife Meghan have given a tell-all interview to US television after moving to California.

The dogs have reportedly been living with the queen for several weeks at Windsor Castle, west of London, where she has been self-isolating from the coronavirus pandemic for nearly a year.

"The Queen is delighted," The Sun quoted an unnamed palace "insider" as saying.

"Both are said to be bringing in a lot of noise and energy into the castle while Philip is in hospital."

Royal biographer Penny Junor told the newspaper the dogs "are intensely loyal and loving and they have never let her down".

"And of course corgis also seldom rush off to LA to give interviews," she added, in a clear reference to Harry and Meghan's much-anticipated interview with Oprah Winfrey to be broadcast Sunday.

The queen has had a lifetime love of corgis - a small Welsh dog bred for herding - and they have become closely associated with the royals.

Famously, they featured in her "James Bond" scene with the actor Daniel Craig, filmed for the 2012 Olympics opening ceremony in London.

The Netflix series "The Crown," showing the young queen surrounded by the short-legged dogs, prompted a surge of interest in the breed.

The queen has had corgis since she was first given one - Susan - as a present for her 18th birthday in 1944.

The new puppies are reported to be a gift and her first corgis not descended from Susan.

In 2015, British media reported that the queen had stopped breeding corgis, fearful of leaving them orphaned after her death.

Willow, Susan's last descendant, died in 2018, leaving the monarch with just two dorgis -- a crossbreed from a corgi and a dachshund.

One, Vulcan, has since died.

The names of the new puppies have not been released, the Sun reported.