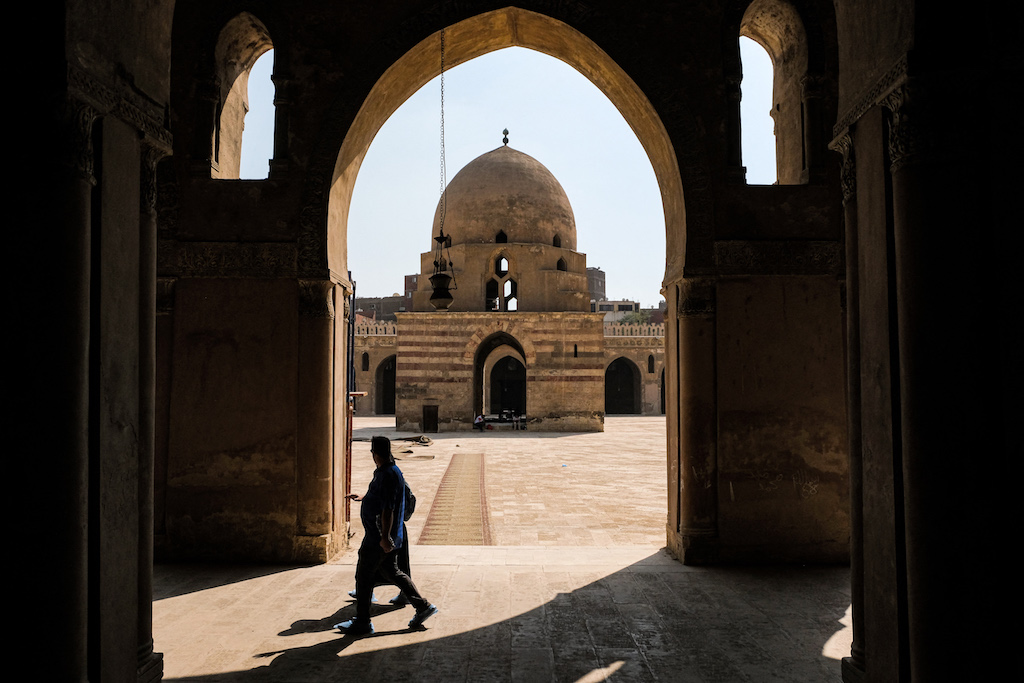 Visitors walk past a mosque in the historic quarter of the Egyptian capital Cairo. AFP/Amir Makar

CAIRO - Egypt has detained three men after a video clip allegedly showing one of them singing and dancing at a mosque went viral online, the prosecutor's office said.

In the footage, a man can be seen dancing, jumping and singing with a microphone in a mosque to a song by Ahmed Moza, a popular performer of "mahraganat" music.

Mahraganat -- Arabic for festivals -- is a genre of electro street music that has gone mainstream in Egypt.

But authorities have banned performers of mahraganat since their songs are considered vulgar.

The prosecution said an investigation had been launched into the video "showing a man singing into a microphone and dancing inside a mosque", in a statement.

"The police were able to identify the three accused, the one who sings and dances, the one who filmed it and the one who posted the video on social networks," it said.

They faced charges of "terrorism" and "dissemination of false information", the activist said in a Facebook post.

Independent entertainers often complain of being under pressure or unable to find sponsors in a country where the state or branches of the security apparatus control more and more production companies.

Last month, three comedians were released after more than a month in detention on charges of "false information" and "terrorism" after posting a song on TikTok denouncing inflation that was shared widely.