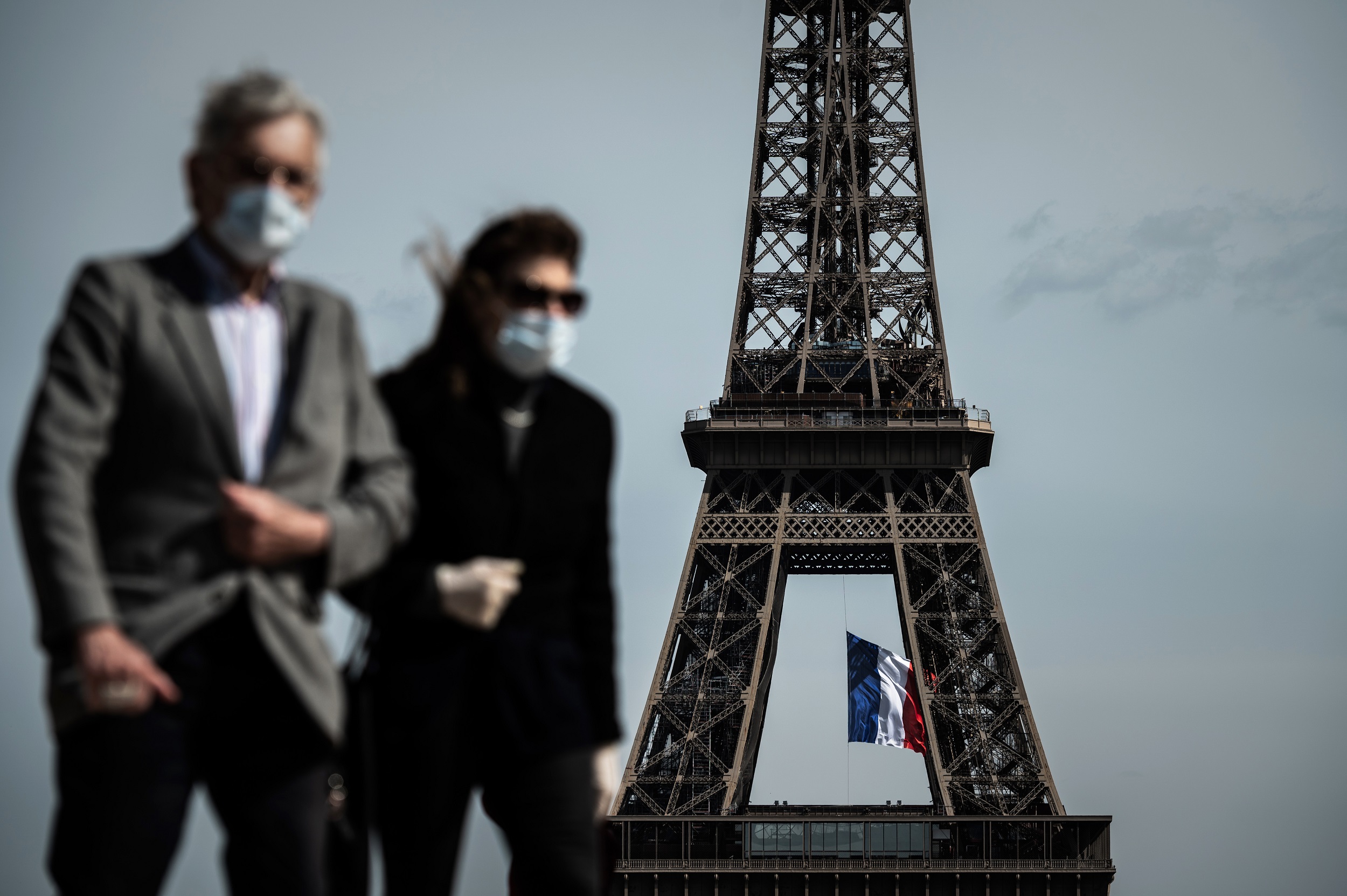 A man and a woman wearing face masks walk on Trocadero Plaza as a French national flag flies on the Eiffel Tower in Paris.

FRANCE - The Eiffel Tower is experiencing a collapse in visitor numbers as foreign tourists stay away and tight coronavirus measures, including a curfew, take their toll, the Paris landmark's operator said Friday.

Ticket sales have fallen by 80 percent compared to 2019, according to the operator, SETE, and revenue by 70 percent.

"We have 2,500 visitors per day for a monument than can accomodate up to 25,000," SETE president Jean-Francois Martins told RTL radio.

"Since the end of the summer, we're down to between 10 and 20 percent of our usual attendance," he said.

Social distancing rules allow lifts going up the tower to carry only half the usual number of people.

The Eiffel Tower has also cancelled its night opening hours as curfew rules in Paris are banning people from being out after 9:00 pm.

But the almost complete absence of foreign tourists, who usually account for up to 85 percent of visitors, hurts the most, SETE spokeswoman Isabelle Esnous told AFP.

Paris, as well as several other French cities, has been placed on the highest coronavirus alert.

On Thursday, France reported a daily record of 41,622 new cases.

The Eiffel Tower's operator is now concentrating its marketing efforts on "people from Paris, the Paris region and from France", Esnous said.

"We're concentrating on people who live close by... and who are interested in family outings," she said.

A special area for children with historical information about the tower has been added, and a vast games area is to follow, she said.

The operator will use the wait for better days to undertake paint work and service the lifts, Esnous said.

One upside is that the usual snaking queues at the foot of the tower have all but disappeared. "It's now a more convenient visit," said Esnous.