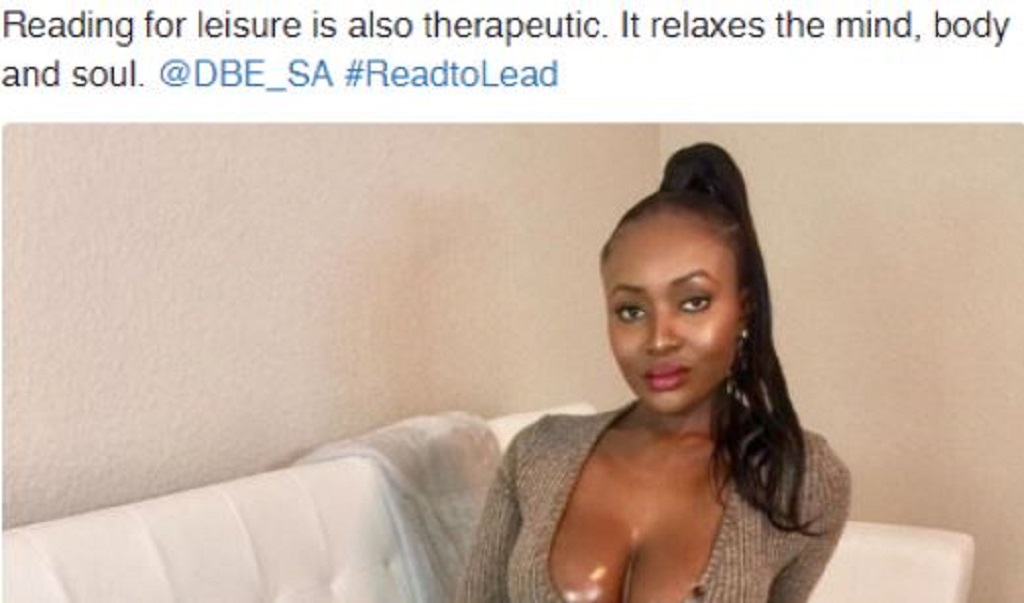 JOHANNESBURG - The Department of Basic Education's spokesperson Elijah Mhlanga issued an apology following his series of "Read to Lead" tweets.

The images used to promote the campaign caused a stir on social media with many people accusing Mhlanga of 'objectifying' women to get his point across.

In a statement released on Twitter, Mhlanga said he was simply trying to push a different narrative when it comes to reading.

"Contemporary audiences that consume media tend to be open about sex and sexuality. I therefore have a full understanding of representation and metaphoric content.

"And in this context, I pushed the boundary slightly in order to play around with meaning, and push a narrative about reading as an activity that can be done for fun and leisure", said Mhlanga.

Mhlanga also noted that the images did not receive any backlash when he used them in previous years.

"I have previously promoted this reading Campaign on Twitter using the same images in 2016, 2017 and 2018 however, there was no discontent or discomfort raised at the time. In fact it started a discourse on reading."

The images have sparked a debate on social media with some people saying the images were inappropriate.