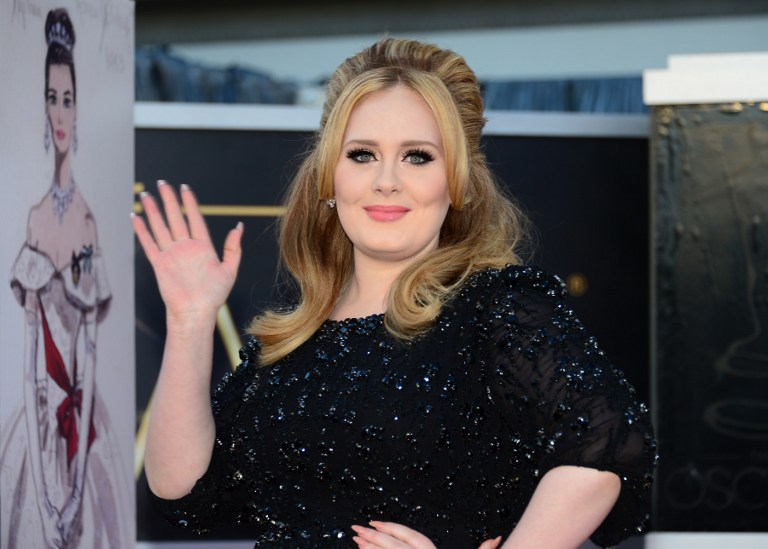 Singer Adele arrives on the red carpet for the 85th Annual Academy Awards on February 24, 2013 in Hollywood, California.

NEW YORK - Adele on Monday shattered a record with her long-awaited song "Hello," which became the first track downloaded more than one million times in a week in the United States.

"Hello," a piano ballad that is the debut single from the British pop star&39;s first album in nearly five years, opened at number one for the week through Thursday on the Billboard Hot 100 singles chart, which monitors sales, streaming and radio play.

"Hello" also broke by a wide margin the feat for streaming. The song was played 20.4 million times via on-demand subscription services, more than twice the record set two months ago by Canadian pop singer Justin Bieber for "What Do You Mean?"

Music industry watchers are expecting Adele&39;s upcoming album "25," which comes out on November 20, to be the year&39;s biggest release and say it may even rival Taylor Swift&39;s blockbuster "1989" album from last year.

Adele&39;s last album "21," which featured the heartache song "Someone Like You," was the top-seller in the United States for two years in a row and the biggest album by a comfortable margin in Britain in the 21st century.

Adele is planning to promote the album in the United States with a recorded-for-television concert at New York&39;s Radio City Music Hall and an appearance on "Saturday Night Live."

"Hello" has amassed nearly 200 million views on YouTube, becoming the fastest video to hit the 100 million mark with the exception of "Gentlemen" by South Korean pop singer Psy, his follow-up to the most-viewed-ever YouTube clip "Gangnam Style."