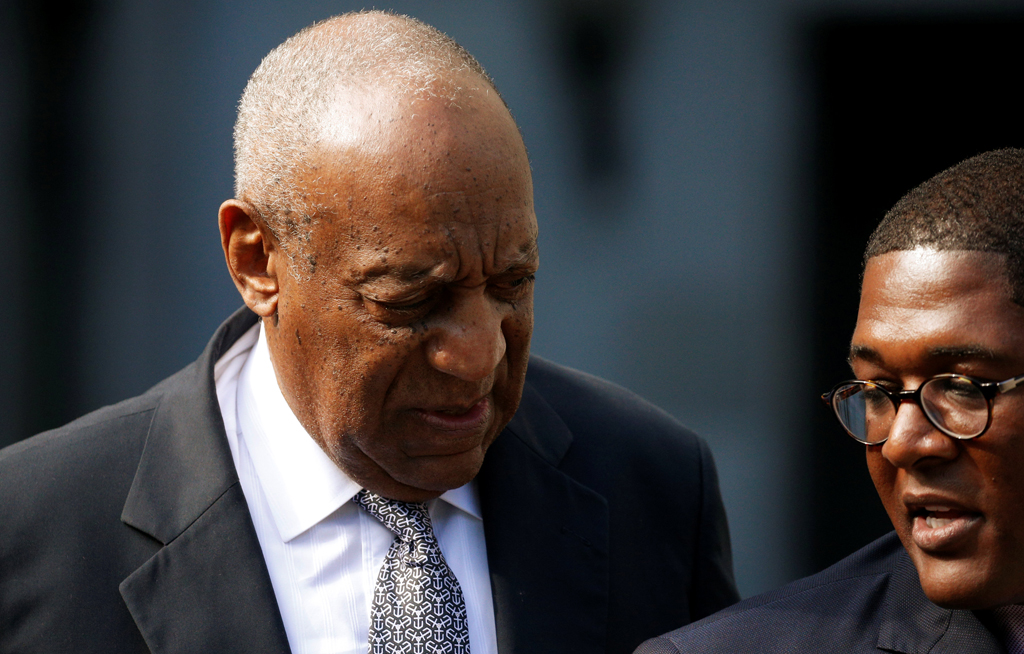 Actor and comedian Bill Cosby (C) arrives with spokesman Andrew Wyatt for the fourth day of his sexual assault trial at the Montgomery County Courthouse in Norristown, Pennsylvania, US June 8, 2017.

NORRISTOWN - Bill Cosby told police that he gave allergy pills to Andrea Constand to help her relax before what he described as a consensual sexual encounter, a policeman testified at the entertainer's criminal trial on Thursday.

The officer, Richard Schaffer of the Cheltenham Township police, interviewed Cosby as part of the initial 2005 investigation into Constand's allegation that Cosby, now 79, drugged and sexually assaulted her at his Philadelphia-area home a year earlier.

Cosby's words were read at the beginning of a new phase in the Norristown, Pennsylvania, trial, now in its fourth day. Prosecutors intend to use Cosby's statements to police and in a sworn deposition from a 2005 lawsuit, to show he followed a pattern of giving young women medication before sexually assaulting them.

Constand and another accuser, Kelly Johnson, testified earlier this week that Cosby gave them pills that left them disoriented and unable to resist.

Cosby, star of the 1980s hit television family comedy "The Cosby Show," has faced similar allegations from dozens of women. He has denied all the claims.

Only Constand's accusation has resulted in criminal charges because the other alleged incidents are too old to prosecute.

On Thursday, prosecutors walked Schaffer through his notes of an hours-long interview with Cosby at his lawyers' office in New York in January 2005, a few days after Constand reported the incident for the first time.

Many of the specific details were similar to Constand's own account, though she testified she was barely conscious and could not move.

"Did Andrea ever tell you to stop?" the detective conducting the interview asked Cosby.

"Was Andrea conscious?" the detective asked.

Cosby said he regularly took two Benadryl pills to help him sleep and told police he gave Constand 1-1/2 such pills after they discussed her stress and lack of sleep.

The two then moved to his couch, where they engaged in what Cosby called "petting."

Police dropped the initial investigation into the incident, bringing charges nearly a decade later after new details from testimony Cosby gave in connection with a lawsuit by Constand became public.

The comedian also confirmed he apologised to Constand and her mother after they confronted him in a phone call, though he did not admit to having done anything wrong.

Cosby told police he and Constand had previous sexual encounters, though Constand told jurors she had rebuffed his advances.