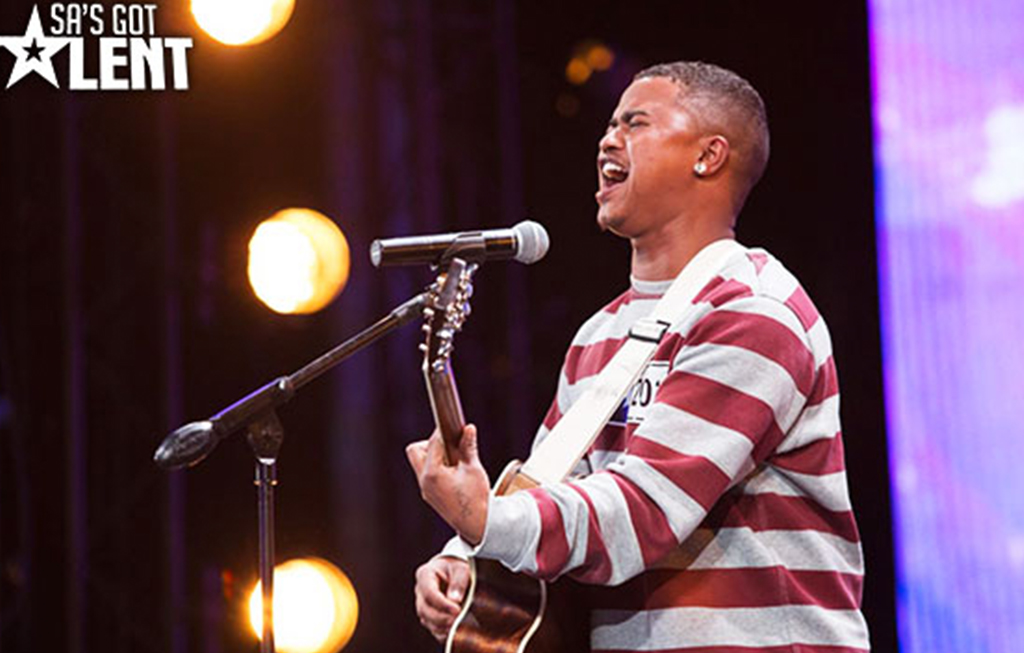 13 September 2016 - Derek Plaatjies wows SA's got talent judge with his Sam Smith rendition of ' I'm not the only one'.

The first golden buzzer of SA&39;s Got Talent current season has been given to Derek Plaatijies.

The 23 - year old from Cape Town, auditioned on SA&39;s Got Talent on Sunday night and blew the crowd and the judges away with his voice!

It was an emotional moment for the singer who lives in Saron in the Western Cape as Shado Twala sent him straight to the semi-finals.

He thanked the audience who gave him a standing ovation for their support and also expressed his need to hopes to inspire other young people from small towns to follow their dreams no matter how challenging their circumstances may be.

Derek is no stranger to the spotlight as earlier this year he became an overnight sensation  after Genevieve maxim&39;s Facebook  video of him busking at a train station went viral.

In the video below Derek and another musician perform in a subway in Cape Town.

In this video below he clearly demonstrates that he is truly a talented musician as he swaps his signature instrument, the guitar and plays a gospel tune on the piano.

Derek Plaatjies busking outside the Brass Bell in Kalk Bay sings "End Of The Road" with Kyle Lopper.