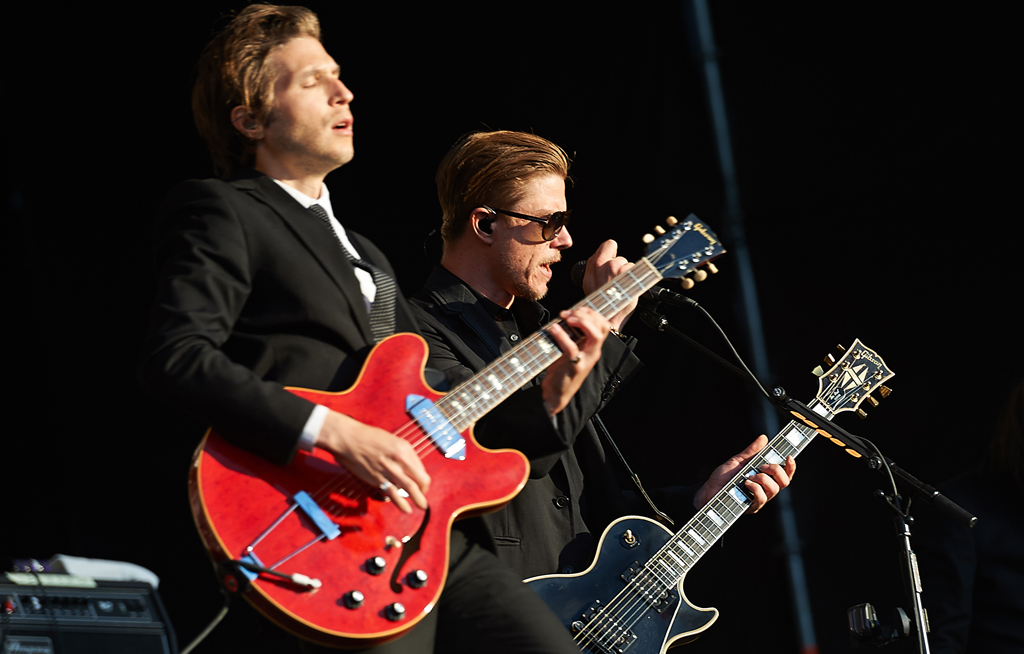 Paul Banks (R) and Daniel Kessler (L) of US indie rock band Interpol perform during a concert at the Open'er Festival in Gdynia, Poland, 02 July 2014.

NEW YORK - Wednesday&39;s epic snowstorm turned a drive of a few hours into a two-day wintry slog for rock band "Interpol," thwarted in its valiant effort to keep its Canada gig.

The band missed a performance late Tuesday in Toronto and was in danger of missing another in Montreal Thursday, after being caught in the blizzard that trapped the musicians in their bus for more than 40 hours -- 30 of them stuck in one place.

The New York-based group tweeted pictures Wednesday of their bus stuck in mounds of snow near Buffalo, New York.

"Dry goods and vodka. We will make it," guitarist Daniel Kessler tweeted along with pictures of the band settling in with their refreshments for a snowed-in night on the bus.

The band, known for bleak but dreamy post-punk influenced rock in songs such as "Obstacle 1," and "Slow Hands" had been traveling from a concert Monday in Columbus, Ohio.

At least eight people have died in the snowstorm, which dumped more than five feet around the Buffalo area which could be hit by the equivalent of a year&39;s worth of snow in just two days.