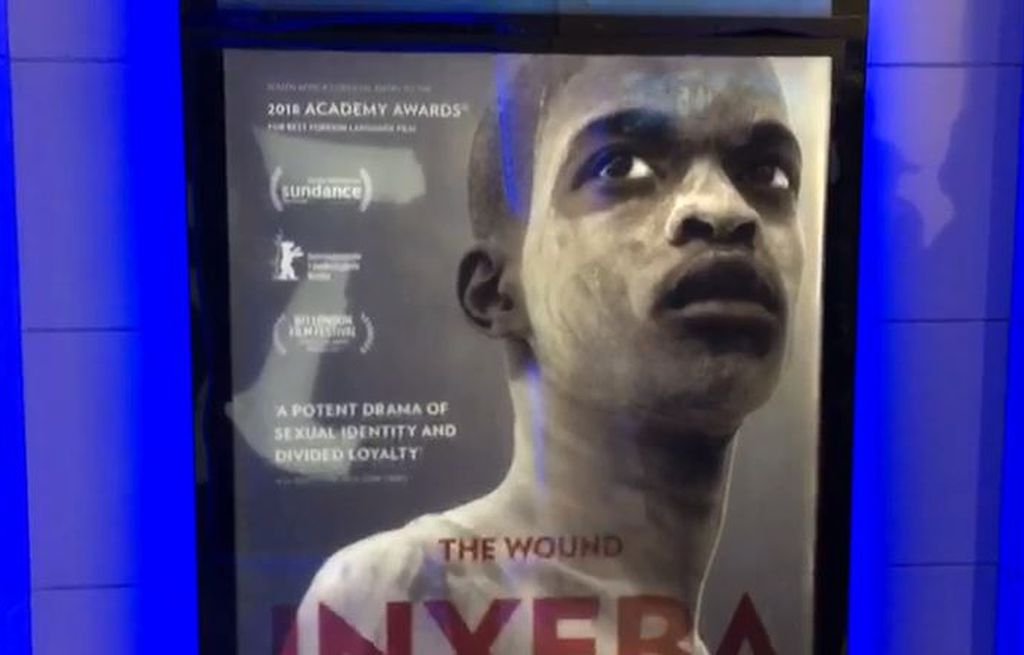 A poster of 'The Wound' on display at a cinema.

JOHANNESBURG - The founder of the Icamagu Institute, Dr Nokuzola Mndende, says she is embarrassed by the movie Inxeba: The Wound.

On Friday, protesters disrupted several debut screenings of the movie --  which tells of a young gay Xhosa initiation teacher -- in the Eastern Cape.

"That movie has humiliated the Xhosa tradition," Mndende said.

This is just another attention seeking story written by a dispossessed & desparate African child who would use anything to be accepted by other nations even if it meant dragging his culture into the mud. When pigs are hungry they eat their own piglets,it&39;s no coincidence inxeba

But there has been a backlash to the protests.

It’s honestly amazing how gents can come out in their numbers to stop a movie but when cases of gender based violence occur(where their friends are most likely the perpetrators) all they can say is “gents we honestly need to do better” and that’s the end of it. Inxeba

Inxeba has garnered 19 international awards and bagged seven South African Film and Television Awards nominations on Friday,  including for best actor for the lead character played by Nakhane Toure.

All men have mothers,most have sisters and many have daughters but I&39;ve never seen the outrage been demonstrated by men againts the slaughter of women and children like the outrage againts a movie .Inxeba .I&39;m saddened.

To the people speculating about Inxeba: It&39;s primarily a gay love-story. There are no secret rituals revealed or directly shown. Guarantee 90% of those arguing against it, have seen only the trailer.

16 initiates died last year. Dololo protest action from Contralesa and friends. A movie about the toxicity faced by Queer men in traditional spaces, which opens up dialogue, is made and all of a sudden they are alive. Contralesa and that Women&39;s department are a joke. Inxeba

After a meeting with the Films and Publications  Board on Friday, the CRL Rights Commission said it was agreed that the National Film and Video Foundation must apologise for funding the movie and get the producers of the film to include a disclaimer that the portrayal of the initiation practice in the film is not a true representation.

"This disclaimer will also address the reference to Jesus and Shaka Zulu potentially being gay, which is blasphemous, and that it infringes on the dignity of both AmaZulu and Christian communities," a CRL Rights Commission statement said.

It said subtitles in future movies should be more carefully monitored.