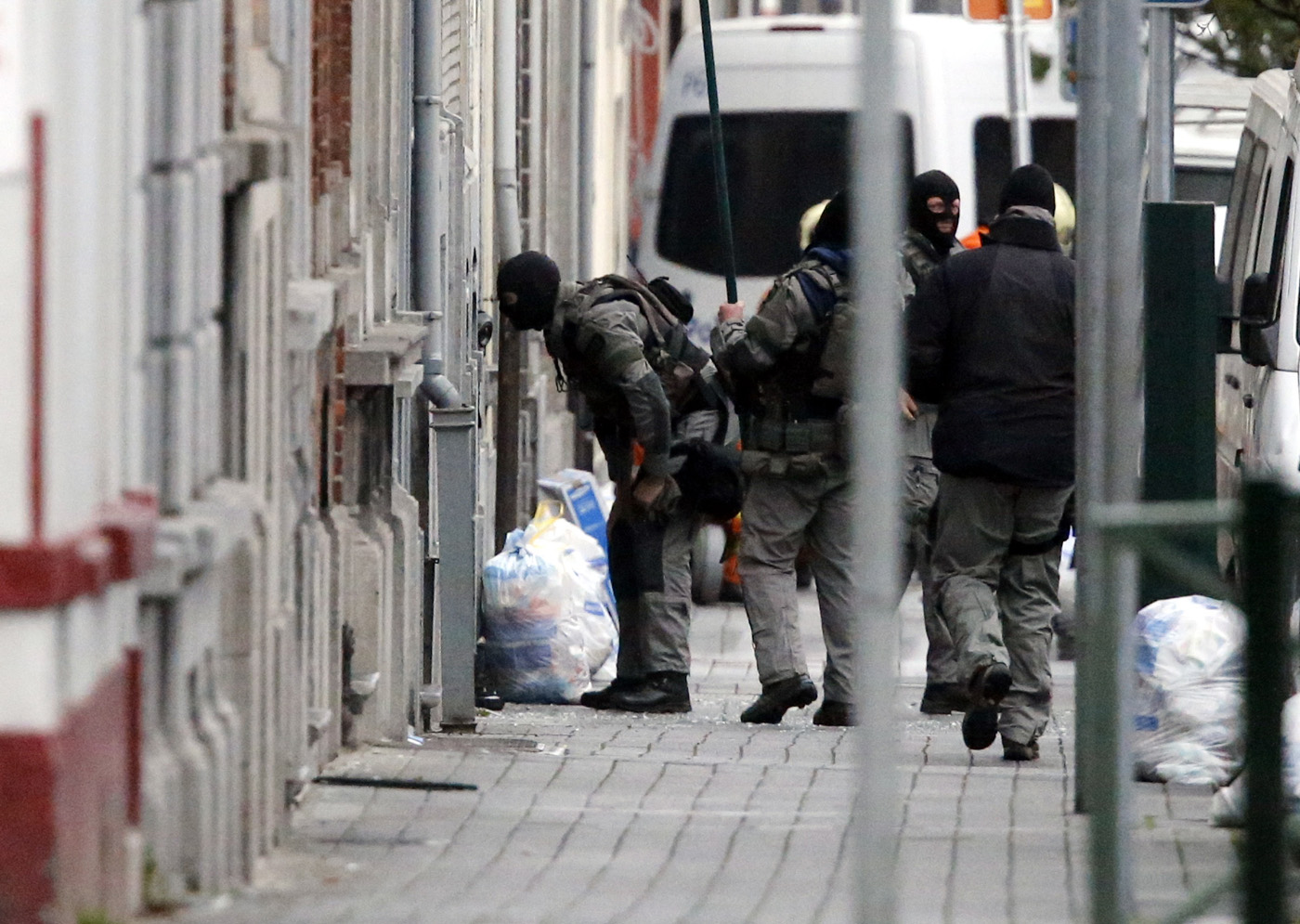 Anti-terrorist police on a street in Molenbeek, Brussels. Belgium has raised the alert status for its capital Brussels to the highest level.

PARIS – A film about gangs set in the tough Brussels suburb where a jihadi cell planned the Paris terror attacks, has been pulled from French cinemas.

The distributors of Black, shot in the Molenbeek area of the Belgian capital made notorious by the November 13 gunmen, told AFP on Friday they were forced into the decision because so many cinemas were refusing to show it.

It is the third film handling such sensitive subject matter to have run into trouble in France since the country was rocked by the killings in which 130 people died.

The decision came as a Paris court overturned a decision not to allow anyone under 18 see Salafists, a controversial expos of African radical Islam, an almost unheard of restriction on a documentary.

The distributors of Black had already been hit by a similar decision by the culture ministry to bar under 16s from seeing their Romeo and Juliet-style story of forbidden love between members of two rival gangs.

A spokesman for Paname Distribution said "due to the reluctance of cinemas to show Black in the current climate, we took the decision to cancel its cinematic release".

Youths threw stones at police outside a multiplex in Brussels when the film was first screened there in November after gangs of teenagers too young to see it caused trouble after slipping into the cinema using tickets bought for other movies.

Black was a hit in Belgium despite some cinemas refusing to show it after the violence and an over-16 certificate which its makers condemned as "unjust" given characters were mostly teenagers.

But now it has suffered the same fate as Made In France, a story of homegrown jihadis plotting to bomb Paris which eerily predicted November&39;s bloodshed, whose distributors immediately withdrew it in the aftermath of the attacks.

A furious debate on freedom of speech in France erupted after Salafists was slammed with an 18 certificate last month.

The director of the acclaimed Holocaust film Shoah, Claude Lanzmann, condemned the decision as "shameful censorship", calling the film" a genuine masterpiece, illuminating daily life under Sharia law in a way that no book or &39;expert&39; on Islam ever has".

But judges overturned the decision on Thursday allowing anyone over 16 to see it in what its co-director Francois Margolin called a "major victory".

"But the judges agreed that we were doing exactly the opposite."

Black, which won an award at the Toronto film festival, centres on a turf war between a Moroccan street gang called "1080", the postcode for Molenbeek, and their "Black Bronx" rivals from Matonge on the other city of the Belgian capital.

As well as Abdelhamid Abaaoud – who led the attacks on Paris – the run-down suburb was also home to two key suspects still on the run, Salah Abdeslam and Mohamed Abrini.

Eleven people have been arrested and charged in Belgium in connection with the killings.

Black, which had been due to hit screens on March 19, will now be released online, Paname Distribution told AFP.