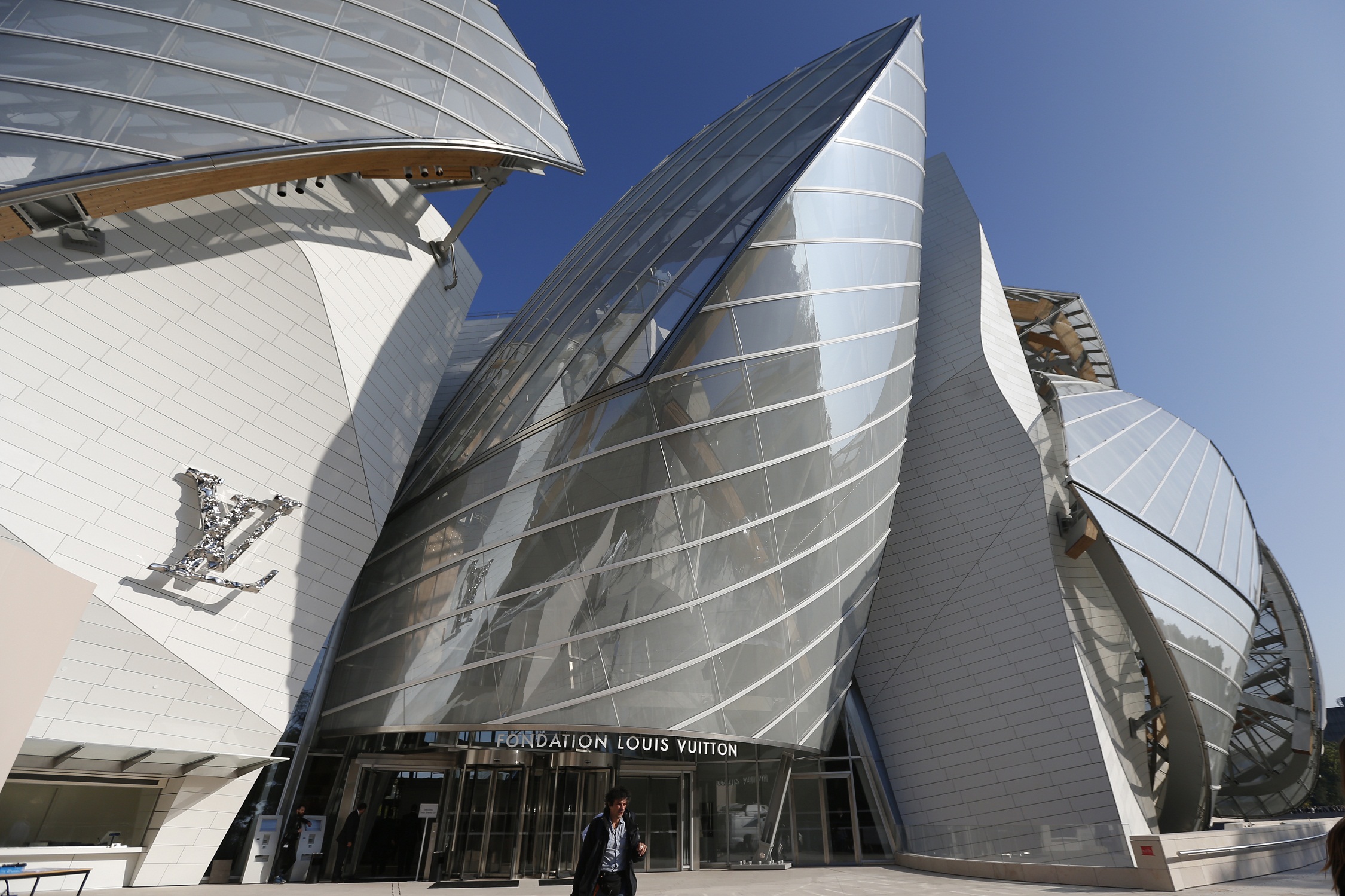 General exterior view of the Louis Vuitton Foundation for Creation building designed by US architect Frank Gehry, in Paris, France, 01 October 2014. The art museum and cultural center sponsored by LVMH luxury group will open on 27 October 2014.

PARIS - Emerging from the woods at the edge of Paris like a glass ship, the hyper-modern Louis Vuitton art museum will be inaugurated on Monday, kicking off an art-filled week in the French capital.

A flurry of cultural activity ending with the highly-anticipated reopening of the Picasso museum after an extensive five-year renovation has been hailed by the city as proof that Paris still has an edge among the world&39;s art capitals.

However the week began with controversy after a sculpture erected on the ritzy Place Vendome was vandalised amid outrage -- and mirth -- over its resemblance to a sex toy.

"Paris has been and will always be an old lady. But she is a magnificent old dame, sparkling, insolent, even audacious, whose history is intimately linked to art," wrote an editorialist in the Parisian daily.

"And the beautiful lady is not afraid to be scandalous... she still knows how to seduce," the article said, referring to the outrage over McCarthy&39;s work, and the art-rich week ahead.

A decade in the making, the impressive Louis Vuitton Foundation museum will be inaugurated a week before its official opening to the public.

The private contemporary art museum was financed by Bernard Arnault, who heads up the LVMH luxury goods empire and whose net worth is estimated at almost $30 billion (23 billion euros) by Forbes.

The foundation was designed by 85-year-old architect Frank Gehry who wanted to "design, in Paris, a magnificent vessel symbolising the cultural calling of France".

A transparent cloud of 12 glass sails billows around the main building, referred to by the architect as "the iceberg", which sits above a sunken lake on the edge of the Bois de Boulogne park.

The architect says he was inspired by the lightness of late 19th-century glass and garden architecture.

"It is a very unusual building. I have never designed anything exactly like it," Gehry said on the foundation&39;s website, which describes it as "an iconic building for the 21st century".

Gehry is best known for designing the Walt Disney Concert Hall in downtown Los Angeles and the Guggenheim Museum building in Bilbao, Spain.

The Paris building was highly controversial and parliament had to pass a special law allowing for it to be built after local groups wanting to preserve the park&39;s character won a court battle that blocked construction.

Aside from the foundation&39;s glitzy inauguration by President Francois Hollande, the FIAC contemporary art fair also gets under way on Thursday, with 26 countries displaying art in 191 galleries at the Grand Palais museum.

And to cap off the week, the Picasso Museum, which houses one of the world&39;s most extensive collections of the Spanish master&39;s work, reopens on Saturday after five years of renovation engulfed in controversy.

The museum&39;s president Anne Baldessari was sacked mid-renovation after a public spat with staff, a move which angered the painter&39;s son Claude Picasso who said he was "scandalised and very worried" about the future of the museum.

The price tag for the refurbishment of the 17th-century baroque mansion in Paris&39;s historic Marais quarter also shot up amid the delays.

The final bill now stands at 52 million euros, 22 million euros higher than the original budget, due to changes in the scope of the work.

Putting the squabbles in the past, the museum is now ready to unveil around 5,000 paintings, drawings, sculptures, ceramics, photographs and documents.

Previously only a fraction of these could be displayed at any one time, but the museum&39;s exhibition space was more than doubled to 3,800 square metres (41,000 square feet) during the renovation.