'I am a nice guy': Trump on 'Saturday Night Live' 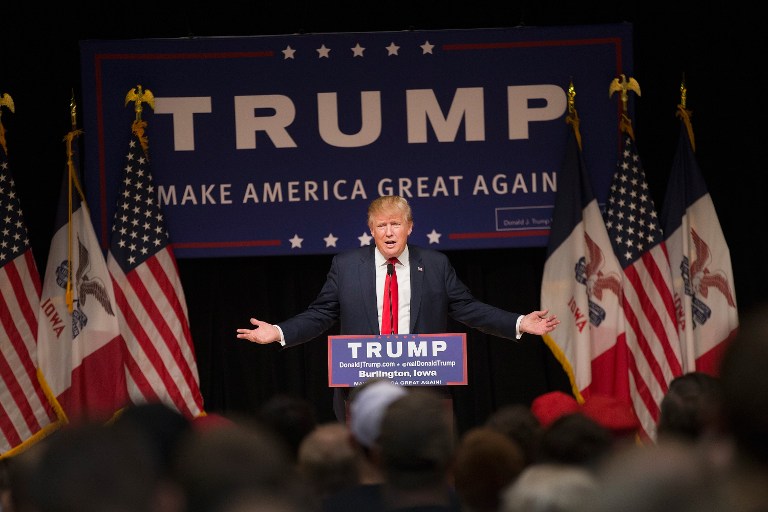 Wearing a dark suit, white shirt and red tie, the bombastic Trump stepped on stage to cheers and insisted in a nearly five-minute opening monologue that saw him flanked by two lookalikes,  "I am a nice guy."

"It&39;s wonderful to be here. This is going to be something special," he said.

Trump, a billionaire real estate developer who has never held elected office, leads the polls for the Republican nomination for the 2016 race to the White House and will be hoping that his appearance on the show will cement his status as front runner.

But the 69-year-old has courted controversy for his statements on immigration, promising that if he becomes president he will expel immigrants who are in the United States illegally and build a wall along the US-Mexico border.

He has also alleged that Mexico sends rapists and other criminals across the border.

And there were more protests Saturday in New York hours before the show was broadcast, with demonstrators marching to NBC&39;s studio in Rockefeller Plaza.