Zapiro: Democrazy 'From Amandla to iNkandla' 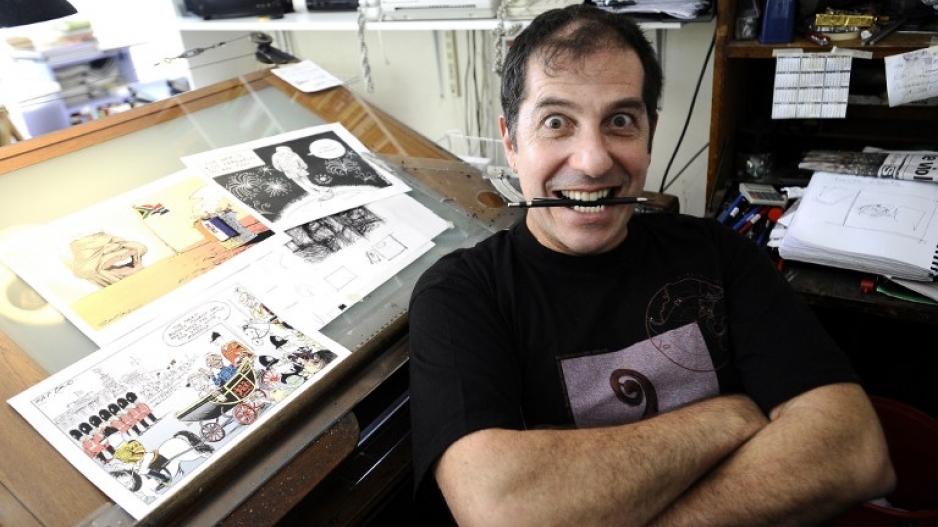 Cartoonist Zapiro says while South Africa is a better place today than it was 20 years ago, politicians are still making themselves easy targets for his cartoons.

Enca.com sat down to chat with Jonathan Shapiro to find out about the origins of the name Zapiro, being sued by President Jacob Zuma and to talk about his new book titled Democrazy.

Shapiro was born in 1958 in Cape Town. He started drawing cartoons in high school, on the margins of his school books, acquiring the nickname Zap, which he later changed to Zapiro when his then girlfriend (now wife) saw how serious and political his cartoons were.

While studying Art at the Michaelis campus, University of Cape Town, he was conscripted into the army, where he refused to carry a weapon. Instead he was given a brass pole with a wooden handle to carry for drills and to stand look out at base camp.

Zapiro is one of South Africa’s most popular cartoonists, working with a number of newspapers, and has published 20 annual cartoon collections.

In his latest offering, titled Democrazy, Zapiro says “This is the story of South Africa, from Amandla to iNkandla and everything in between.“