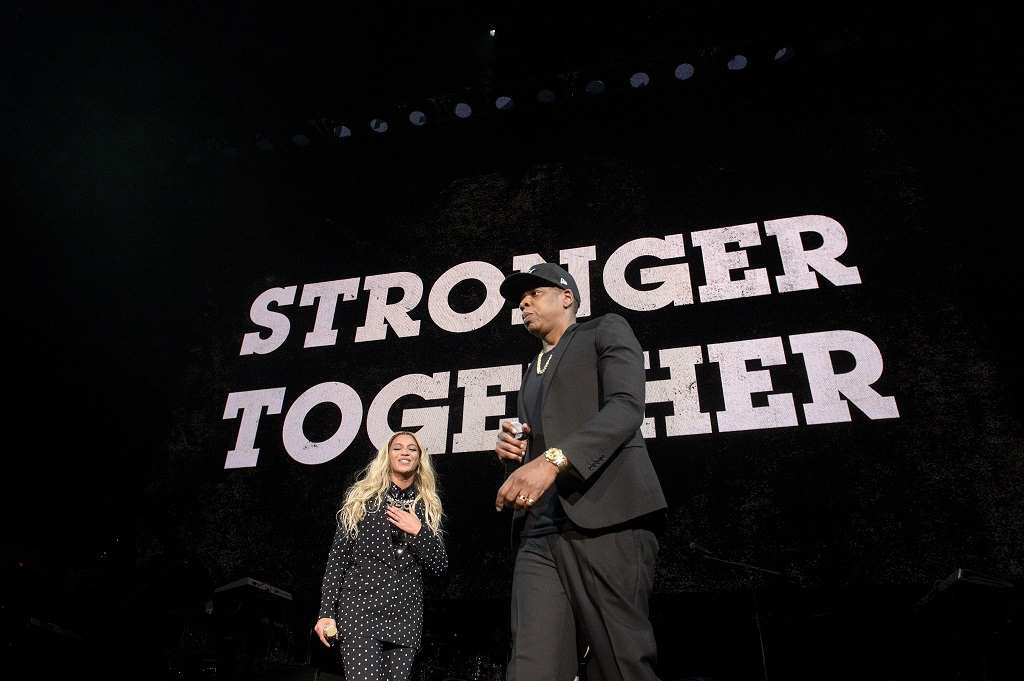 File: Beyonce (L) and Jay-Z at the Wolstein Center in Cleveland, Ohio.

NEW YORK - Australian pop band 5 Seconds of Summer stunned Beyonce and Jay-Z by opening Sunday at the top of the US album chart, with the couple&39;s surprise collaboration ending the superstars&39; streak of number one debuts.

5 Seconds of Summer had stepped up promotion of their album "Youngblood" after Jay-Z and Beyonce dropped "Everything Is Love," with the Australians telling fans they were in a close race for number one and encouraging listeners over social media to stream their songs continuously to drive up their totals.

"Youngblood" wound up selling 142,000 copies or the equivalent in downloads and streams in the week through on Thursday, edging out "Everything Is Love" which clocked up 123,000 copies, tracking service Nielsen Music said.

5 Seconds of Summer, who emerged in 2011 as YouTube sensations when the then students in Sydney uploaded covers of popular songs, becomes the first Australian act to top the Billboard 200, the benchmark US chart, with three different albums.

Jay-Z and Beyonce, two of the biggest names in US pop culture, put out "Everything Is Love" with no warning on June 16 after a concert in London.

A musical celebration of their marriage, "Everything Is Love" initially came out only on Tidal, the fledgling streaming service led by Jay-Z, but went out widely including on rival Spotify on June 18 -- the fourth day of the counting period for the latest weekly chart.

"Everything Is Love" becomes the first solo studio album by Beyonce not to debut at number one. All of Jay-Z&39;s studio albums have also opened at number one since 1998&39;s "Vol. 2... Hard Knock Life" with the exception of a poorly reviewed 2002 collaborative album with R&B singer R. Kelly.

Beyonce and Jay-Z both opened at number one with their last solo albums, "Lemonade" and "4:44" respectively, despite refusing to stream them on Spotify.

Number three on the latest US album chart is "?" by the controversial rapper XXXTentacion, with interest spiking after he was shot dead on June 18 at age 20.

"?," which sold 94,000 copies in the week, had opened at number one in March. XXXTentacion&39;s success took the music world by surprise with his songs full of references to suicide and the rapper awaiting trial on charges of beating his pregnant former girlfriend.