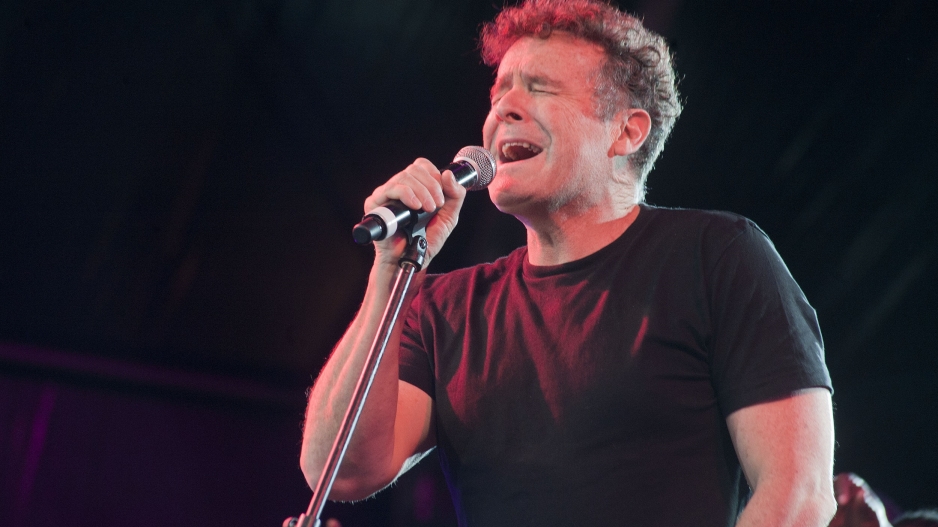 File: Johnny Clegg will start his global farewell tour with a concert in Cape Town before playing other South Africa venues and then on to London, France, Dubai, the United States and Canada.

JOHANNESBURG - After nearly four decades of foot-stomping music that challenged South Africa's apartheid regime and promoted racial reconciliation, Johnny Clegg -- aka "the White Zulu" -- is heading out on his final tour.

On Saturday, Clegg will start his global farewell tour with a concert in Cape Town before playing other South Africa venues and then on to London, France, Dubai, the United States and Canada.

The 64-year-old, who is famed for his multi-ethnic collaborations, told AFP that the decision to bring down the curtain on live performing came after he was diagnosed with cancer in 2015.

"It has been a rewarding career in so many aspects... to be able to unite people through song, especially at a time where it seemed impossible," he said.

"I want to give my fans some kind of conclusion... (showing) that the journey I started when I was 14-years-old is coming to an end now.

"My shows are very physical, a lot of dancing, and I have to be strong to do that."

Clegg's cancer is in remission after he underwent chemotherapy.

"I  would like to present a final farewell while I am still capable of doing it," he added during an interview in Johannesburg.

Clegg said that the "Final Journey Tour" would be an autobiographical trip through his musical career since he was a boy.

It is a journey that saw him endure harassment from apartheid police under white-minority rule, when he was targeted for playing with black musicians.

In contrast, his music -- and activism -- attracted a worldwide fanbase that packed venues such as the Royal Albert Hall in London and across France, where he remains a huge national star.

Clegg's fascination with Zulu dance and melodies began in the dingy blacks-only migrant workers' hostels in Johannesburg in the 1960s -- where he sneaked in to join traditional dancers.

He secretly rehearsed with dance troupes though his presence as a white person was outlawed by apartheid.

"We had to find our way around a myriad of laws that prevented us from mixing across racial lines," he remembers.

He turned professional in 1979 when his mixed-race band Juluka released the album "Universal Men".

Its blend of Western pop with Zulu melodies, concertina and guitar made him a symbol of anti-apartheid opposition and endeared him to his earliest fans.

"The people were intrigued by our music," he said.

"The humming gives it a very strong connection to the land and the people," he said.

He credits the 1982 song "Scatterlings of Africa" as the tune that catapulted him and his band to stardom as it topped charts in France and England.

"Nobody knew exactly what the music was about, but something about Africa," he said.

When the song "Asimbonanga" -- Zulu for "We have not seen him" -- was released in 1987, it was banned by South African authorities.

The song paid tribute to Nelson Mandela -- then in jail -- and was outlawed because any reference to the anti-apartheid leader was illegal.

Today the song is a popular anthem for modern South Africa.

Clegg's cross-cultural work led to his arrest on several occasions for contravening race segregation laws, while his concerts were often halted by police.

"We couldn't perform in public spaces... so we identified private areas like churches and other non-racial enclaves that had emerged to bypass racial laws," he said.

"My life was caught up in the experience of apartheid at the very base level of migrant workers."

The British-born artist, who arrived in South Africa as a seven-year-old boy, stressed that his defiance of racial laws and interest in Zulu culture was not motivated by politics.

Clegg has sold over five million records and was in 1993 nominated for the Grammy Award for Best World Music Album.

The trained anthropologist, who used to lecture at Johannesburg's Wits University, is writing his autobiography and said he will still make music but will no longer perform in public.