Kevin Spacey comes out as gay, apologises after misconduct accusation 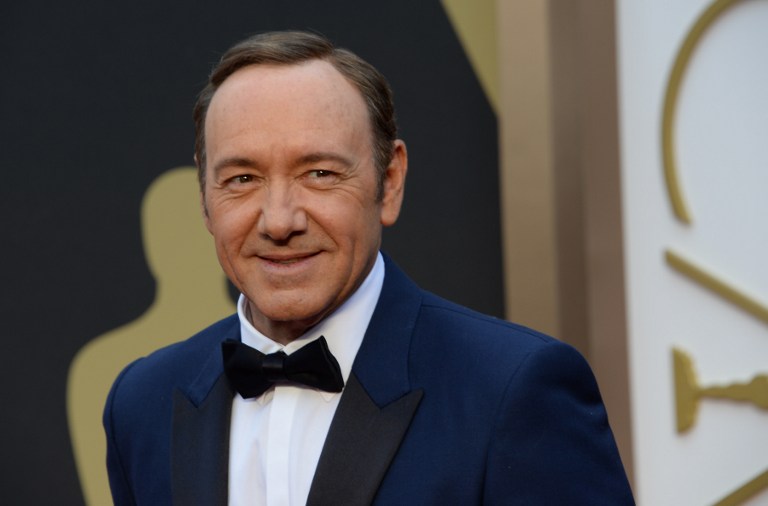 Kevin Spacey, 54, was attached to star in Captain of the Gate, which focuses on the rise to power of the great wartime leader, who stood almost alone in his early insistence on the threat posed by Hitler.

LOS ANGELES - Kevin Spacey came out as gay and apologised to actor Anthony Rapp, who accused the Hollywood star of making a sexual advance on him at a 1986 party when he was only 14 years old.

Spacey&39;s announcement, posted on his Twitter account at midnight, came after Rapp -- best known for being part of the original cast of the hit Broadway musical "Rent" -- made the accusation in an interview with Buzzfeed News.

Spacey (58), a double Oscar winner and star of the Netflix series "House of Cards," said he did not remember the encounter but that "if I did behave then as he describes, I owe him the sincerest apology for what would have been deeply inappropriate drunken behavior."

He went on say that Rapp&39;s accusation "encouraged me to address other things about my life."

"As those closest to me know, in my life I have had relationships with both men and women. I have loved and had romantic encounters with men throughout my life, and I choose now to live as a gay man.
"I want to deal with this honestly and openly and that starts with examining my own behavior."

Rapp (46) told Buzzfeed that in 1986, while both he and Spacey were performing in Broadway shows, Spacey invited the then 14-year-old to a party at his New York apartment.

Spacey would have been 26 at the time.

Rapp said he was in Spacey&39;s bedroom watching TV when Spacey appeared in the doorway at the end of the night, "kind of swaying" and apparently drunk.

Rapp said Spacey picked him up, put him on the bed and lay on top of the teenaged boy.

"He was trying to seduce me," Rapp told Buzzfeed. "I don&39;t know if I would have used that language. But I was aware that he was trying to get with me sexually."

Rapp said he squirmed away after a brief period of time and went into the bathroom. Shortly after, he left Spacey&39;s apartment and went home.

The now-disgraced tycoon was sacked as co-chairman of The Weinstein Company and also resigned from its board.

The twice-married father of five has so far denied forcing himself on his accusers. He is being investigated by authorities in Los Angeles, New York and London.