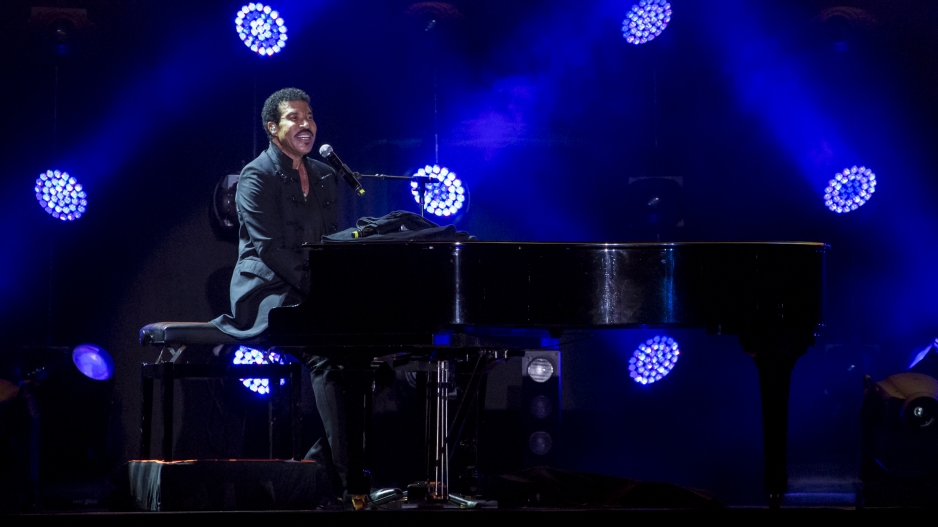 Lionel Richie may be pushing 67 but he’s still got it!

His pulling power was proven by the almost capacity crowd that packed into Joburg’s Ticketpro Dome on Tuesday night. Young and old, black and white sang along as he belted out hit after hit.

He opened with the words: “Hello, is it me you’re looking for” and went into the song `Running with the Night’, followed by the ballad `Penny Lover’.

Then he got chatty, saying he loves it when he walks down the street in South Africa and fans say: “Welcome home Lionel!”

He played a few more songs including ‘Lady’ which got a couple in front of me on their feet and slow dancing.

Richie, who has sold over 100-million records worldwide, believes that the audience comprises three groups of people: Group 1 knew him since the Commodores, Group 2 knew him since the song `All Night Long’ and Group 3 knew him because their parents play his music. “I think your mommas and your poppas raised you well,” he chuckled.

People (like me) jumped up and down when he announced that he’d called Diana Ross and asked her to perform `Endless Love’ with him… Then there was a dramatic pause and he said: ‘’Hang on, hang on, I said I called her, but she said no. She was busy doing a pot roast or something,’’ he smiled.

Richie was warm and entertaining throughout.

He looked in shape, classy in all black, bar the blue and later grey satin linings of his jackets, which peeked out occasionally.

The Grammy Award winner ended with the song “We are the world. We are the children. We are the ones to make a brighter day so let’s start giving…” This stopped many people hoping to get a head start and miss the traffic – dead in their tracks. Instead, they stood and sang.

Richie’s `All the Hits All Night Long’ concert will be performed in Cape Town on the 18th of March and Joburg again on the 20th and 21st of March.

R&B/ Soul singer Zonke will be the supporting act.