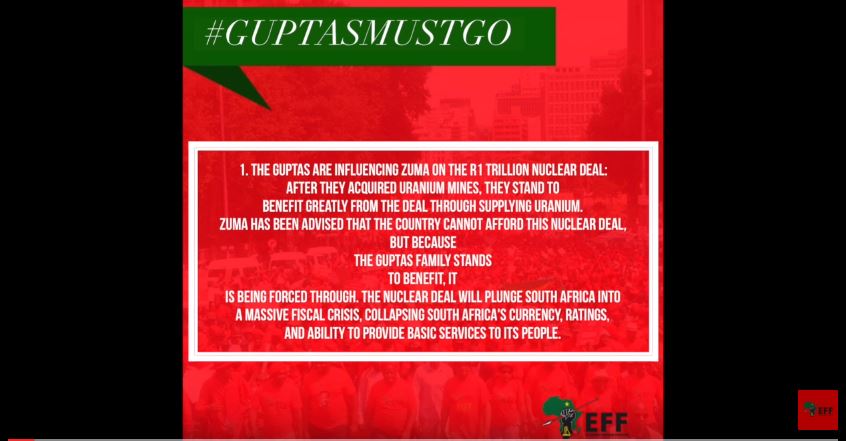 The EFF has released a house track which they say is "about Zuma and the Gupta family whose corrupt relationship has compromised democracy and its institutions."

The track plays along to a detailed 25 point Powerpoint presentaion detailing the parties issues with benefits the Gupta family receive from their relationship to President Zuma.

The blurb to the video states" The song is about Zuma and the Gupta family whose corrupt relationship has compromised democracy and its institutions.

"(It) uses EFF&39;s protest in Parliament during the state of the nation address where the CIC Julius Malema used the acronym "Zupta" to speak about Zuma and Gupta combined to fall.

"It aims to raise awareness, critique and mobilize all people to speak in one voice in the demand that ZuptaMustFall"