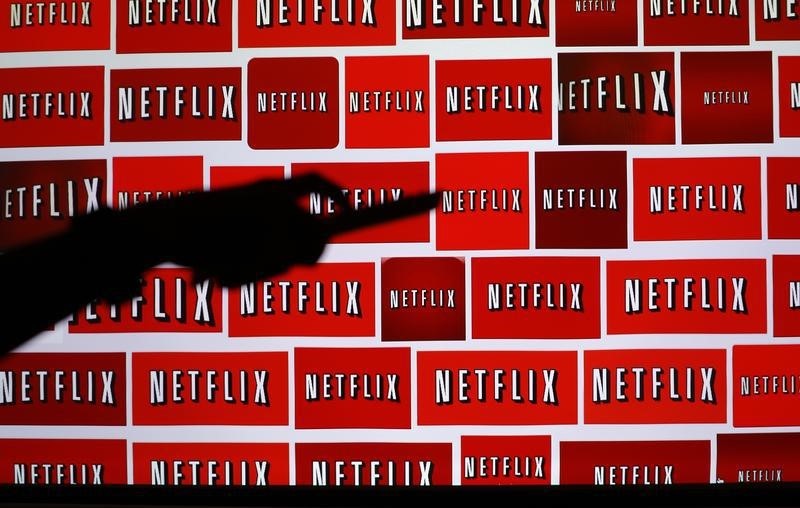 The Netflix logo is shown in this illustration photograph in Encinitas, California October 14, 2014.

PARIS, France - The Cannes film festival effectively slapped a ban on future Netflix-backed movies Wednesday after the streaming giant refused to screen its two films in this year's competition in French cinemas.

Although "The Meyerowitz Stories" -- starring Adam Sandler and Ben Stiller -- and the Korean-American thriller "Okja" will be allowed to compete next week for its top prize, the Palme d'Or, the festival's organisers said they were changing the rules so it can never happen again.

"From now on every film wishing to be in competition at Cannes must be shown in French cinemas afterwards," they said in a statement.

They said they had "asked Netflix in vain" for the films to be released in France as well to its 86 million subscribers, but it refused.

The row comes as Netflix is locked in a bitter conflict with big US cinema chains.

Top Hollywood directors including director Sofia Coppola -- whose new film "The Beguiled" is also competing at Cannes -- have also urged their fans to watch their films on the big screen rather than stream them on tablets and phones.

The crux of the Cannes row turns on French law, which restricts online streaming until three years after a movie is put on general release.

Festival organisers tried to negotiate a compromise, with a "limited release" of the movies in France mooted.

But faced with the possibility of a Palme d'Or-winning film being shown in only "one or two screens" in France, talks with Netflix broke down.

Amazon, on the other hand, is giving its film, Coppola's "The Beguiled", a proper cinematic release in France, as it did with Woody Allen's Cannes contender last year, "Cafe Society".

Contacted by AFP, Netflix was not available for comment.

Netflix's long-running battle with cinema chains in the US centres on its insistence on releasing its movies online the same day as they hit theatres.

In 2015 most of the big multiplex chains refused to screen the long-awaited Netflix-made sequel to the martial arts blockbuster "Crouching Tiger, Hidden Dragon".

The film reportedly bombed, with Netflix taking the highly unusual step of not releasing its box office figures.

It's online rival Amazon has taken a very different approach.

Rather than confronting the cinema establishment, Amazon Studios courts Hollywood, releasing its films in theatres before they are made available to subscribers.

The Cannes film festival, the world's most prestigious, begins next week in the French Riviera resort.

Nineteen films are in competition for the Palme d'Or, with Nicole Kidman starring in three in the official selection.