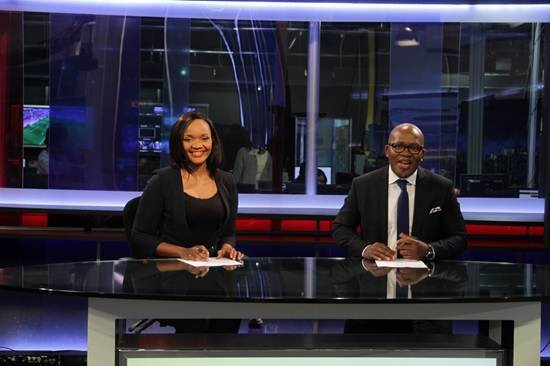 Following Iman Rappetti's recent departure, the hunt was on for a new premier pair to host the popular nightly news show.

"Vuyo brings political knowledge and years of experience and Cathy has excelled as an anchor since she moved from field reporting. There is a great synergy between the two," said Mhlangu.

Mvoko said he is excited to be back at eNCA because this is where his television journalism career began in 1999.

"With everything going on in the country today, Cathy and I hope to rise to the challenge of telling the story as it unfolds,” said Mvoko.

Mohlahlana is ready for the challenge, but mindful of the responsibilities it brings.

“The need for fair and credible news continues to increase. It’s exciting to be part of team which endeavours to do just that," she said.

The line-up changes include Jeremy Maggs moving to NewsDay while Michelle Craig and Shahan Ramkissoon move from 9am to 1pm daily.

Joanne Joseph remains in her popular 4pm to 6pm slot.